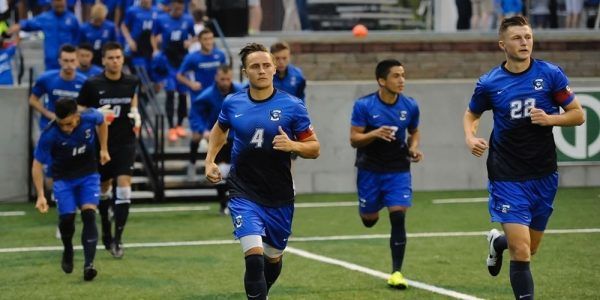 The Creighton University Bluejays Men’s Soccer College ID Camp is a three-day overnight camp that will run from the 20th of July until the 22nd of July. The program is open to all boys 14 to 18 years of age who are aspiring to play soccer at the college level. This soccer identification camp will provide the participants a preview on how it is like to train and play in the collegiate level. Additionally, this soccer camp also includes strength and conditioning sessions, college recruiting talk, and a question and answer session with the Bluejays coaching staff. This is program is going to take place at the top-notch Morrison Stadium which is in the Creighton University campus.

Creighton University, originally Creighton College, is a private, coeducational university in Omaha, Nebraska. Its name is in honor of Edward Creighton. It is an affiliation of the Roman Catholic – Jesuit. The university is also a member of the Association of Jesuit Colleges and Universities. And, it has an accreditation from the North Central Association of Colleges and Secondary Schools. Creighton University is a top-tier academic institution. In fact, it is at the top of the Regional Universities Midwest, 2018 edition of the US News and World Reports Best Colleges rankings. It is also at the top of the Best Colleges for Veterans rankings and at number 6 of the Best Value Schools rankings. Furthermore, the university is home to around 4,200 undergraduate students and around 4,300 postgraduate students. This undergraduate student population is with a 43 percent male and 57 percent female students gender distribution. The acceptance rate is 71 percent. In athletics, Creighton University fields 14 intercollegiate men’s and women’s teams in the National Collegiate Athletic Association Division I, Big East Conference. They are the Bluejays and blue and white are their official colors. Billy the Bluejay is the Creighton University mascot.