The Ithaca College Men’s Soccer October ID Day Camp will be on October 8. It will take place on the Ithaca College campus. It is inviting male soccer players who have interest in playing at the collegiate level. Furthermore, it is an ideal camp to improve one’s technical and tactical soccer capabilities. The event includes a campus tour and a recruitment process discussion. It also incorporates playing competitive full-field matches. There are only 36 field players and 6 goalkeepers slots available. Thus, registration is on a first come first serve basis. The event starts at 10:30 AM and ends at 3:00 PM. It will be a day of fun and challenging soccer experience.

Ithaca College private, coeducational, liberal arts, nonsectarian college in Ithaca, New York. It is a member of the National Association of Independent Colleges and Universities. At the same time, Ithaca College is also part of the Council of Independent Colleges. Ithaca College is popular for its long list of alumni who are famous in the media and entertainment industries. Furthermore, the college is 8th in Regional Universities North, 2018 edition of Best Colleges rankings. It is also 13th in the Best Value Schools rankings. Currently, it accommodates around 6,700 undergraduate students and around 500 postgraduate students. The student to faculty ratio is 11:1 with acceptance rate at 70 percent. Ithaca College has 25 intercollegiate sports teams. They are competing in the Liberty League of NCAA Division III. Blue and gold are their identity colors.

The new head coach of the Ithaca College men’s soccer team is Kyle Dezotell. He is a former head coach as well as compliance coordinator at Manhattanville College. In addition, Coach Kyle Dezotell is also the former head coach of the Norwich University men’s soccer team. Coach Dezotell is the 2007, 2008, and 2012 GNAC Coach of the Year awardee. He is also the 2005 North Atlantic Conference Coach of the Year awardee. Then, Braden Studelska is the Ithaca College men’s soccer assistant coach. He is a former assistant coach at Buena Vista University. 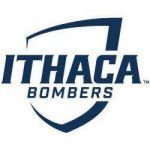 skip to first question on page