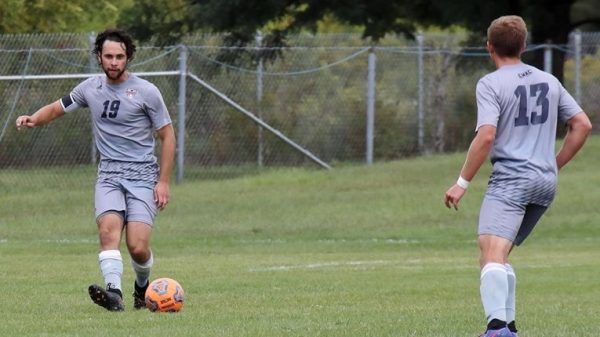 The Malone University Pioneers Men’s Soccer Elite ID Camp is a single-day event that will run from 3:00 PM until 6:00 PM on the30th of June. It is inviting all male soccer players entering grade 9 up to grade 12 who desire to play at the college level. The program is going to take place at the state of the art Hall of Fame Legacy Sports Complex in Canton, Ohio. In addition, this soccer identification camp includes competitive games and scrimmages which allow the participants to display their exceptional soccer skills. It also aims at refining the players’ fundamental skills. The program is an initiative of the Malone University Pioneers men’s soccer coaching staff. Overall, the experience will be physically demanding but enjoyable.

Malone University, originally Cleveland Bible College is a private, coeducational, liberal arts university in Canton, Ohio. It is part of the Christian College Consortium (CCC) and the Council for Christian Colleges and Universities (CCCU). The university is also an affiliation of the Evangelical Friends Church International (EFCI). It is spearheaded by university president David A. King, Ed.D. Currently, Malone University is serving around 1,300 undergraduate students. 41 percent of this undergraduate student population are male students and 59 percent are female students. This undergraduate student population is also through a selective enrollment acceptance rate of 73 percent. Correspondingly, Malone University’s student to faculty ratio is 11:1. The university is also serving more than 400 postgraduate students. Malone University is also one of the nation’s top colleges and universities. As a matter of fact, it is 75th in the Regional Universities Midwest category of the 2018 US News and World Reports Best Colleges rankings. It is also 47th in the Best Colleges for Veterans rankings and 41st in the Best Value Schools rankings. Furthermore, in sports, Malone University features 18 intercollegiate men’s and women’s sports teams. These teams are competing in the  Great Midwest Athletic Conference (GMAC) of the National Collegiate Athletic Association (NCAA) Division II. They are the Pioneers and their identity colors are red and white.

Service Type
ID Camp for Soccer
Provider Name
Malone University,
Area
Canton, OH
Description
The Malone University Pioneers Men's Soccer Elite ID Camp is especially for boys entering grade 9 up to grade 12 who are aspiring to play at the collegiate level. It is a single-day high-level soccer training program that will fall on the 30th of June, This soccer identification camp is going to take place at the state of the art Hall of Fame Legacy Sports Complex in Canton, Ohio.