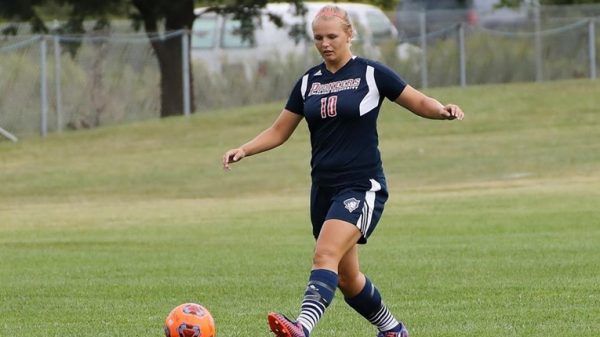 The Malone University Pioneers Women’s Soccer Elite ID Camp is a six-hour training program that will run from 2:30 PM until 8:30 PM on the 28th of June. Camp check-in is set to start at 2:00 PM. This soccer identification camp is inviting all high school female soccer players in the graduating classes of 2019, 2020, 2021, and 2022. The event is going to take place at the state of the art Legacy Fields which on the Malone University campus. Furthermore, this advanced soccer camp will cover both the technical and tactical facets of the game. There will also be a campus tour and a question and answer session with the Pioneers coaches. It will be under the direction of the Malone University Pioneers women’s soccer coaching staff.

Malone University, originally Cleveland Bible College is a private, coeducational, liberal arts university in Canton, Ohio. It is part of the Christian College Consortium (CCC) and the Council for Christian Colleges and Universities (CCCU). The university is also an affiliation of the Evangelical Friends Church International (EFCI). It is spearheaded by university president David A. King, Ed.D. Currently, Malone University is serving around 1,300 undergraduate students. 41 percent of this undergraduate student population are male students and 59 percent are female students. This undergraduate student population is also through a selective enrollment acceptance rate of 73 percent. Correspondingly, Malone University’s student to faculty ratio is 11:1. The university is also serving more than 400 postgraduate students. Malone University is also one of the nation’s top colleges and universities. As a matter of fact, it is 75th in the Regional Universities Midwest category of the 2018 US News and World Reports Best Colleges rankings. It is also 47th in the Best Colleges for Veterans rankings and 41st in the Best Value Schools rankings. Furthermore, in sports, Malone University features 18 intercollegiate men’s and women’s sports teams. These teams are competing in the  Great Midwest Athletic Conference (GMAC) of the National Collegiate Athletic Association (NCAA) Division II. They are the Pioneers and their identity colors are red and white.

Service Type
ID Camp for Soccer
Provider Name
Malone University,
Area
Canton, OH
Description
Join the Malone University Pioneers Women's Soccer Elite ID Camp on June 28 from 2:00 PM until 8:300 PM. It is going to take place at the state of the art Legacy Fields which on the Malone University campus in Canton, Ohio. This soccer identification is for all girls in the high school graduating classes of 2019 - 2022 who aspire to play college soccer.