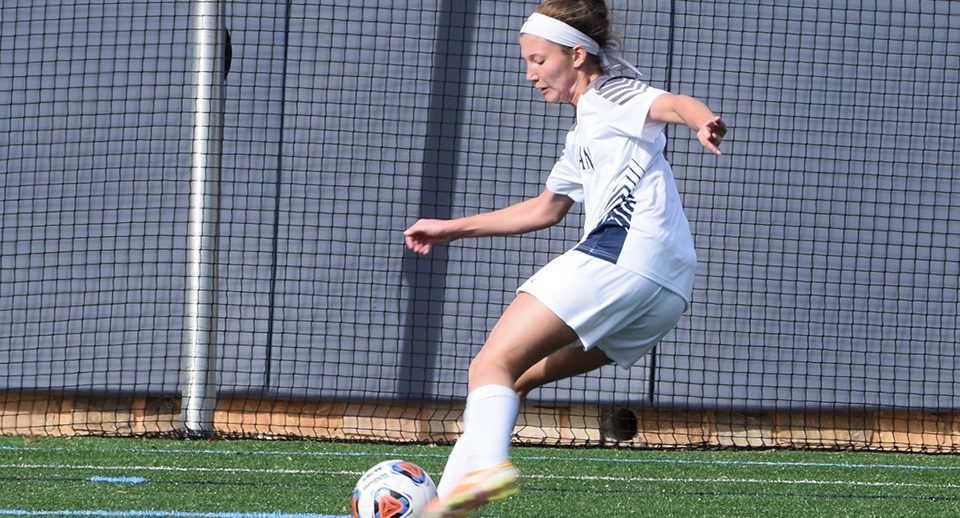 Join the Moravian College Greyhounds Women’s Soccer Summer ID Clinic. It is a single-day event that will run from 10:00 AM until 2:45 PM on the 28th of July. This soccer identification camp is open to all female soccer players entering grade 9 up to grade 12. It is going to take place in the state of the art John Makuvek Field which is in the Moravian College campus. In addition, this summer soccer camp will a fun but challenging learning atmosphere. It will cover both the technical and tactical facets of the game. There will also be a campus tour and college recruiting process talk. Furthermore, the camp registration fee is $75 per camper. The participants are advised to bring their own apparels and protective gears.

Moravian College is a private, coeducational, liberal arts college in Bethlehem, Pennsylvania. It is the nation’s sixth-oldest college. Moravian College is also the first learning institution for women and Native Americans. The academic institution is part of the Annapolis Group. Additionally, it is spearheaded by college president Bryon L. Grigsby. Currently, Moravian College is serving more than 2,000 undergraduate students. 41 percent of this undergraduate student population are male students and 59 percent are female students. This undergraduate student population is also through a selective enrollment acceptance rate of 80 percent. Correspondingly, Moravian College’s student to faculty ratio is 12:1. The institutions four main campuses are the Priscilla Payne Hurd Campus, the Main Street Campus, the Steel Field Complex, and the Sports Medicine and Rehabilitation Center. Moravian College is also among the nation’s top colleges and universities. As a matter of fact, it is 165th in the National Liberal Arts Colleges category of the 2018 US News and World Reports Best Colleges rankings. The college is also 184th in the High School Counselor Rankings. Furthermore, in the athletics world, Moravian College features 9 men’s college teams and 10 women’s college teams. These teams are competing in the mainly in the Landmark Conference of the National Collegiate Athletic Association (NCAA) III. They are the Greyhounds and blue and grey are their official colors.

Leading the Moravian College Greyhounds women’s soccer team is Head Coach Jeff Ykoruk from Coopersburg, Pennsylvania. Coach Jeff Ykoruk is now entering his fifth season at the reins of the Greyhounds women’s soccer program. He is a bachelor’s degree in organizational behavior/applied psychology graduate from Albright College. Ultimately, Coach Jeff Ykoruk is the  Landmark Conference Co-Coach of the Year and the ECAC Division III Metro Coach of the Year awardee. These awards come after he led the Greyhounds to the  Landmark Conference Championship game. While coaching the Greyhounds, Coach Ykoruk is also running the Right Path Soccer LLC. Prior to Moravian, he was the head coach of Ursinus Bears men’s soccer team. Then, the Moravian College Greyhounds women’s soccer assistant coaches are Alyssa Zurlo, Jackie Zalis, and Kirsten Schall. Coach Alyssa Zurlo, a native of Washington, New Jersey is entering her first season with the coaching staff. She is a James Madison University graduate. Currently, Coach Zurlo is completing her master’s degree in teaching at Moravian College. Coach Jackie Zalis is also in her first season with the Greyhounds. She is primarily working with the team’s goalkeepers. And finally, Coach Kirsten Schall is in her fourth season with the coaching staff. She is a two-time Landmark Conference Offensive Player of the Year during her college years.

Service Type
ID Camp for Soccer
Provider Name
Moravian College,
Area
Bethlehem, PA
Description
Come and join the Moravian College Greyhounds Women's Soccer Summer ID Clinic. It is going to take place at the leading-edge John Makuvek Field which is in the Moravian College campus.. This soccer identification camp is inviting all and any girls in grade 9 up to grade 12 who are interested to become a college soccer student-athlete.