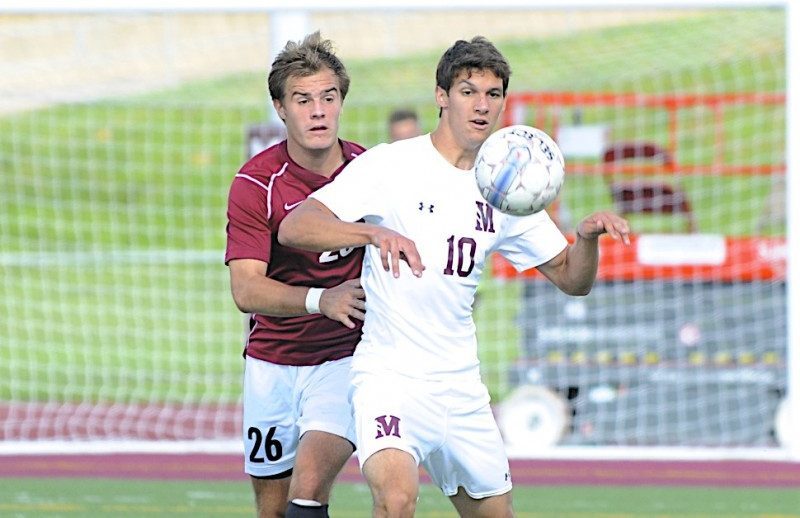 Join the Morningside College Mustangs Men’s Soccer Summer Camp from June 25 until June 28. The training program’s daily schedule is set to run from 9:00 AM to 12:00 PM. This summer soccer camp is open to all 7 to 17 years old boys who are aspiring to take their game to the next level. It is going to take place at the top-notch Elwood Olsen Stadium which is on the Morningside College campus. Furthermore, the camp registration fee includes a camp t-shirt. The training program will be under the supervision of the Morningside College Mustangs men’s soccer coaching staff. Available spots are limited so registration is on a first come first serve basis.

Morningside College is a private, coeducational, liberal arts college in Sioux City, Iowa. It is an affiliation of the United Methodist Church. It is also a member of the International Association of Methodist-related Schools, Colleges, and Universities (IAMSCU). The institution is using a semester-based academic calendar and it is offering more than 65 majors and pre-professional programs. Moreover, the Morningside College has an accreditation from the Higher Learning Commission. Its programs have also their respective accreditations from the Iowa Department of Education, the Commission on Collegiate Nursing Education, and the National Association of Schools of Music. Additionally, Morningside College is 54th in Regional Universities Midwest category of the 2018 edition of the US News and World Reports Best Colleges rankings. It is also 24th in Best Colleges for Veterans rankings and 74th in Best Value Schools rankings. Currently, Morningside College is serving more than 1,300 undergraduate students. 47 percent of this undergraduate student population are male students and 53 percent are female students. This undergraduate student population is also through a selective enrollment acceptance rate of 55 percent. Correspondingly, the college’s student to faculty ratio is 14:1. In sports, Morningside College features 20 men’s and women’s teams. These teams are participating in the Great Plains Athletic Conference (GPAC) of the National Association of Intercollegiate Athletics (NAIA). The athletes’ nickname is Mustangs while their identity colors maroon and white.

Service Type
ID Camp for Soccer
Provider Name
Morningside College,
Area
Sioux City, IA
Description
The Morningside College Mustangs Men's Soccer Summer Camp is open to all boys 7 to 17 years of age who are serious about playing improving their skills. There are only limited available spots to maintain a low camper to staff ratio. This soccer training program will run from the 25th of June until the 28th of June at the leading-edge Elwood Olsen Stadium.