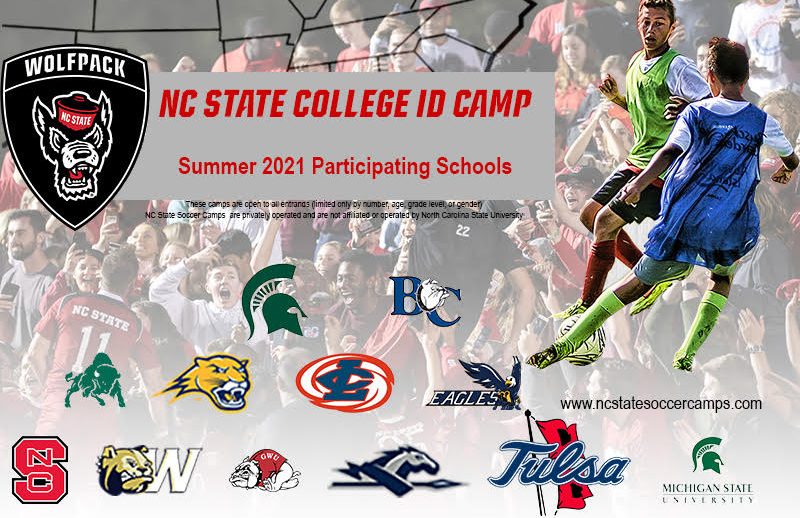 The North Carolina Summer College ID Camp at NC State is for boys ages 13-18.  They focus on helping the player to improve on the field and in life through both soccer and character building.

The NC State ID camp provides a “no nonsense” experience led by head coach George Kiefer and his staff.  They look for highly motivated players that want to play and learn everything it takes to play college soccer. The camp includes a college talk with our college coaches for parents to attend following check-in. Every player that engages in this experience will realize it’s not your typical college soccer ID camp, it’s more of a transformational learning experience in an environment where you can get identified by all types of college coaches. This camp hopes to sell out early, so they recommend to reserve your spot as soon as possible.
College ID Camp is scheduled from 9am – 3pm each day and accommodations and lunch are not provided.