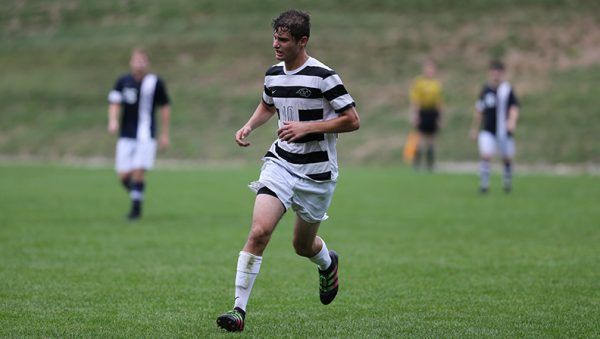 The Nichols College Bisons Men’s Soccer Summer Prospect Camp is a three-day event that will run from the 20th of July until the 22nd of July. It is open to all boys entering grade 9 up to grade 12 who desire to play soccer at the college level. This advanced soccer training program will take place at the scenic Nichols College campus which is located in Dudley, Massachusetts. Furthermore, this soccer prospect camp includes technical and tactical work, games, and a college recruitment talk. Running this soccer training program is the Nichols College Bisons men’s soccer coaching staff. In addition, the camp registration fee is $175 per player. Registration is first come first serve.

Nichols College, originally Nichols Academy is a private, coeducational, non-profit college in Dudley, Massachusetts. It is a member of the National Association of Independent Colleges and Universities (NAICU) and the New England Association of Schools and Colleges, Inc. (NEASC). The college is also part of the Association of Independent Colleges and Universities in Massachusetts (AICUM) and the Commission on Sport Management Accreditation (COSMA). Currently, Nichols College is serving more than 1,300 undergraduate students. 63 percent of this undergraduate student population are male students and 37 percent are female students. This undergraduate student population is also through a selective enrollment acceptance rate of 93 percent. Correspondingly, Nichols College’s student to faculty ratio is 17:1. The college is spearheaded by college president Dr. Susan West Engelkemeyer. Nichols College is also a top-performing academic institution. As a matter of fact, it is acknowledged by the Worcester Business Journal’s Best of Business poll as a “Best Business Education”. It is also among the best regional college in the 2016 survey of the US News and World Reports Best College rankings. Furthermore, in athletics, Nichols College features 21 intercollegiate men’s and women’s sports teams. These teams are participating mainly in the Commonwealth Coast Conference (CCC) of the National Collegiate Athletic Association (NCAA) Division III. They are the Bisons and their identity colors are black and green.

The head coach of the Nichols College Bisons men’s soccer team is Chris Traina, from the Greater Boston Area. The 2018 – 2019 season will be his 14th season at the helm of the Bisons men’s soccer program. He is a bachelor’s degree graduate from Keene State College. Ultimately, Chris Traina is the 2010 and the 2014 CCC Men’s Soccer Coach of the Year award. These awards come after he led the Bisons to the 2010 conference championship and the 2014 conference championship. He also led the team to their first NCAA Tournament appearance. Additionally, Coach Chris Traina is a National Soccer Coaches Association of America (NSCAA) Advanced National Coaching License holder. He is now holding a career coaching win-loss record of 126-105-22. Then, the Nichols College Bisons men’s soccer assistant coaches are Alex Surprise and Scott Coderre. Coach Alex Surprise, a native of Milwaukee, Wisconsin is entering his first season with the coaching staff. He is a bachelor’s degree in business and recreation and leisure studies graduate from Virginia Wesleyan University. Finally, Coach Scott Coderre is in his third season with the Bisons coaching staff. He is a bachelor’s degree graduate from Nichols College.

Service Type
ID Camp for Soccer
Provider Name
Nichols College,
Area
Dudley, MA
Description
The Nichols College Bisons Men's Soccer Summer Prospect Camp is for all male soccer players who desire to play at the college level. It is a three-day event that will run from the 20th of July until the 22nd of July. The training program is going to take place at the beautiful Nichols College campus which is located in Dudley, Massachusetts.