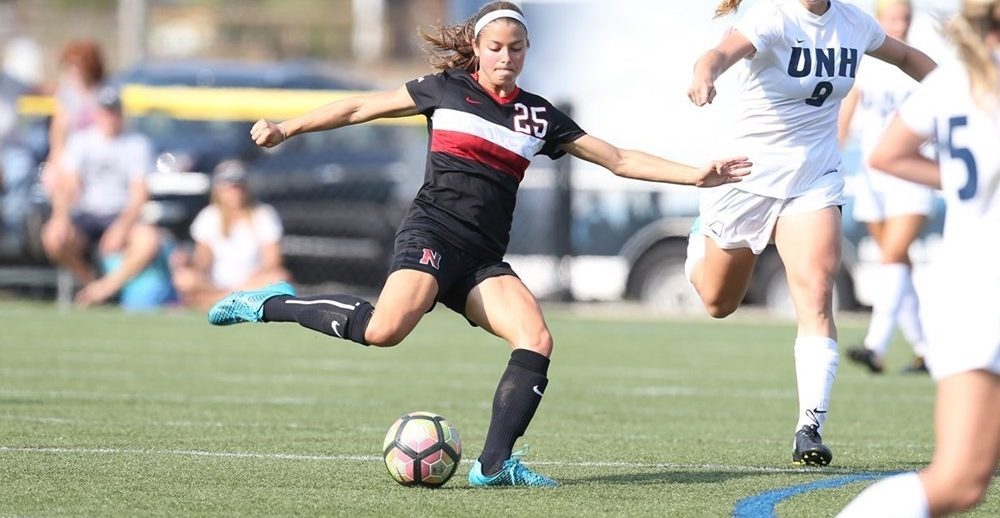 The Northeastern University Huskies Women’s Soccer Summer Camp is a three-hour program that will start at 5:00 PM and end at 8:00 PM on the 9th of August. It is inviting all high school girls entering grade 8 to grade 12 who dream to play at the college level. This elite soccer camp is going to take place at the top-notch Parsons Field which is on the Northeastern University campus. In addition, this soccer camp will provide instructions according to the player’s age and skill level. Facilitating the training program is the Northeastern University Huskies women’s soccer coaching staff and current players. Overall, it will be a challenging but enjoyable experience.

Leading the Northeastern University Huskies women’s soccer team is Head Coach Ashley Phillips, a native of Peabody, Massachusetts. She is now entering her second year at the reins of the Huskies women’s soccer program. She is the team’s former assistant coach. Coach Ashley Phillips is a bachelor’s degree in Sociology graduate from Clemson University. Additionally, Coach Phillips is a former soccer standout player herself. In fact, she the 2003 Gatorade Massachusetts High School Player of the Year. She also played professionally for the Boston Breakers, the Boston Aztecs, the Boston Renegades, and the Atlanta Silverbacks. Coach Phillips is Clemson University’s all-time career leader in saves. Then, the Northeastern University Huskies associate head coach is Ron Celestin. Coach Ron Celestin is in the associate head coaching role since the 2016 season. He is a bachelor’s degree in Health and Physical Education graduate from West Virginia Wesleyan College. Furthermore, Coach Ron Celestin is the 2003 AFLAC Assistant Coach of the Year. He is also an inductee into the 2013 Mercer County Soccer Hall of Fame. Finally, the Huskies women’s soccer assistant coach is Alan Goggs. At the same time, he is the team’s Compliance and Recruiting Coordinator. Coach Alan Goggs is a bachelor’s degree in business studies graduate from the University of Portsmouth in the United Kingdom. He is now entering his second season with the coaching staff.

Service Type
ID Camp for Soccer
Provider Name
Northeastern University,
Area
Boston, MA
Description
Join the Northeastern University Huskies Women's Soccer Summer Camp. It will fall on the 9th of August from 5:00 PM until 8:00 PM. Another schedule is also set on the 10th of August. This soccer camp is open to all girls 13 to 18 years of age at any skill level. It will take place at the leading-edge Parsons Field, the home of the Huskies women's soccer team.