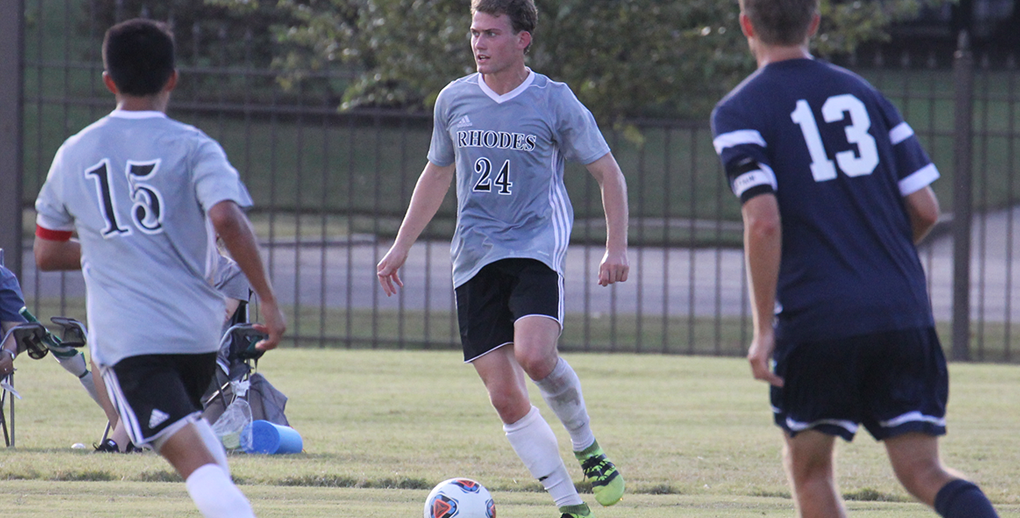 The Rhodes College Lynx Men’s Soccer Summer College ID Camp is a three-day event that will run from the 13th of July until the 16thof July. This summer soccer camp is open to all and any boys entering grade 9 up to grade 12. The program is designed for those with strong aspirations to become a college soccer student-athlete. In addition, this event is going to take place at the scenic Rhodes College campus in Memphis, Tennessee. The program is going to accommodate both residential and commuter campers. The registration fee for residential campers is $400 while it is $325 for commuter campers. Moreover, the program includes a college recruitment talk, a campus tour, and competitive 4v4 and 11v11 games.

Rhodes College is a private institution with a former affiliation with the Presbyterian Church. It is now a liberal arts college in Memphis, Tennessee. Its campus is 100 acres in size and notable for the Gothic architecture of their buildings. Thirteen of these buildings are in the National Register of Historic Places. Additionally, Rhodes College is a member of the Consortium of Liberal Arts Colleges, the Associated Colleges of the South, the Annapolis Group, and the Oberlin Group. The college’s rank in the 2018 edition of the US News and World Reports Best Colleges for National Liberal Arts Colleges is 51. Currently, it has a total undergraduate enrollment of 1,999. The gender distribution is 44% male students to 56% percent female students. The student to faculty ratio is 10:1. In fact, 71.1% of the school’s classes have less than 20 students. Academically, Rhodes emphasizes in student research and writing and encourages students to participate in “service learning” off campus. The Rhodes College mascot is the Lynx. Their athletic teams are competing in the Southern Athletic Association in the National Collegiate Athletic Association Division III. Their identity colors are cardinal and black.

Head Coach Matt Lamb, a native of Westport, Connecticut is leading the Rhodes College Lynx men’s soccer team. He is now entering his second season in the head coaching position and fourth season overall with the Lynx coaching staff. Coach Matt Lamb is a University of Mary Washington alumni. Additionally, he is the former University of Maine at Farmington assistant coach. In 2015, he led the Rhodes College Lynx to a Southern Athletic Association semi-final finish. Then, the Rhodes College Lynx men’s soccer assistant coach is Andy Marcinko. He was the Lynx head coach for 26 seasons before stepping down as assistant coach due to family obligations. Coach Andy Marcinko is now in his 27th season with the coaching staff. He is a bachelor’s degree in biology graduate from Virginia Tech. He is also a master’s degree in Exercise Physiology graduate from the University of North Texas. Ultimately, Coach Marcinko is a four-time Southern Collegiate Athletic Conference (SCAC) Coach of The Year awardee. He is also a five-time National Junior College Athletic Association (NJCAA) Region 5 Coach of the Year awardee. He has led the Lynx men’s soccer team to two SCAC Championships. He is also a United States Soccer Federation (USSF) “A” license holder. Furthermore, Coach Marcinko is now holding an overall men’s soccer coaching record of 268-168-43.

Service Type
ID Camp for Soccer
Provider Name
Rhodes College,
Area
Memphis, TN
Description
Join the Rhodes College Lynx Men's Soccer Summer College ID Camp. It is ideal for those who desire to play at the college level. This soccer identification camp will provide the participants a first-hand look at how is to be like a college student-athlete. This three-day event is going to take place at the beautiful Rhodes College campus.