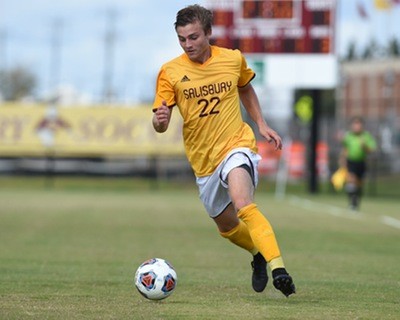 The Salisbury University Sea Gulls Men’s Soccer Elite Day Clinic is inviting all high school freshmen to senior boys. It is a single-day soccer program that will run between the hours of 9:15 AM and 4:00 PM on the 6th of May. This soccer clinic is ideal for all aspiring college soccer student-athlete. It will provide them an opportunity to showcase their outstanding soccer skills in front of the university’s coaching staff. In addition, the program aims at developing the player’s technical abilities and tactical knowledge. The program also includes a campus tour and a college recruiting process talk. It will be under the supervision of the Salisbury University Sea Gulls men’s soccer coaching staff.

Salisbury University, colloquially just ‘Bury’, is a public coeducational university in Salisbury, Maryland. It is a member of the University System of Maryland. As a whole, the university has an accreditation from the Middle States Commission on Higher Education. Currently, Salisbury University’s total undergraduate student population is 7,861. 43 percent of this undergraduate student population are male students and 57 percent are female students. This undergraduate student population is through a selective enrollment acceptance rate of 66 percent. Correspondingly, the university’s student to faculty ratio is 16:1. Salisbury University is also among the nation’s top colleges and universities. As a matter of fact, it is 78th in the Regional Universities North category of the 2018 US News and World Reports Best Colleges rankings. It is also 42nd in the Best Colleges for Veterans rankings and 49th in the Best Value Schools rankings. In sports, Salisbury University is a member of the Capital Athletic Conference (CAC) of the National Collegiate Athletic Association (NCAA) Division III. The university athletes’ nickname is Sea Gulls. Meanwhile, their identity colors are maroon and gold. The current university president is Janet Dudley-Eshbach.

Head Coach Alex Hargrove, a native of Clarks Summit, Pennsylvania is leading the Salisbury University Sea Gulls men’s soccer team. He is now in his second season at the helm of the Sea Gulls men’s soccer program. Coach Alex Hargrove is an alumnus of Salisbury University. In just two seasons with the Sea Gulls, Coach Hargrove has already led the team to a CAC Tournament semi-finals finish in . Prior to becoming the Sea Gulls head coach, Coach Alex Hargrove was the team’s assistant coach. Additionally, Coach Hargrove is now holding an overall coaching win-loss record of 15-17-4. Then, the Salisbury University Sea Gulls men’s soccer assistant coaches are Logan Becker, Ian Wilson, Paul Zimmerman, and Jake Perry. Coach Logan Becker, a native of Pocomoke, Maryland is a new addition to the Sea Gulls coaching staff. He is also a Salisbury University graduate with a degree in information systems. It is also where he earned his MBA. At the same time, Coach Becker is teaching at the Pocomoke High School. Similarly, Coach Ian Wilson is also a Salisbury graduate with a degree in business administration. Coach Ian Wilson who hails from College Park, Maryland is a United States Soccer Federation (USSF) “C” coaching license holder. Finally, the Salisbury Sea Gulls graduate assistant coach is Cameron Scott.

Service Type
ID Camp for Soccer
Provider Name
Salisbury University,
Area
Salisbury, MD
Description
Come and join the Salisbury University Sea Gulls Men's Soccer Elite Day Clinic. It is going to simulate a college-level training and playing environment. This soccer clinic is open to all boys in grade 9 up to grade 12 who are serious about taking their skills to the next level. Its venue is the state of the art Sea Gull Soccer Stadium in Salisbury, Maryland.