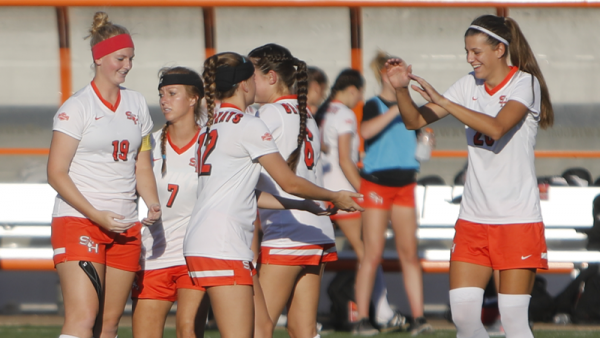 The Sam Houston State University Bearkats Women’s Soccer Residential Camp is a four-day event that will run from the 22nd of July until the 25th of July. It is inviting all and girls in grade 9 up to grade 12 who desire to extend their game to the next level. Its venue is the top-notch Pritchett Field which is on the Sam Houston State University campus. In addition, this program is open to both residential and commuter campers. The registration fee for residential campers is $425 while it is $350 for commuter campers. It is important to note that all the participants need to submit their medical/physical form. It will be a physically challenging but fun experience.

Leading the Sam Houston State University Bearkats women’s soccer team is Head Coach Tom Brown, a native of Houston, Texas. He is now in his eighth season at the helm of the Sam Houston State Bearkats women’s soccer program. Coach Tom Brown is a bachelor’s degree graduate from Midwestern State University. He also earned his master’s degree in sports management from the University of Tulsa. Ultimately, Coach Tom Brown is the 1994 Kansas Collegiate Athletic Conference Coach of the Year. He is also the 1995 Gulf Coast Conference Coach of the Year awardee. In 2015, Tom Brown led the Sam Houston State Bearkats led the Bearkats to their first Southland Conference Tournament championship. Additionally, Coach Tom Brown is a United States Soccer Federation (USSF) “A” coaching license holder. He is now holding an overall coaching win-loss record of 209-215-44. Then, the Sam Houston State Bearkats women’s soccer assistant coaches are Ellie Davis and Cory Herchenroeder. Coach Ellie Davis is a bachelor’s degree in business management graduate from Clemson University. It is also where she earned her MBA. She is a USSF “B” coaching license holder. She is also an NSCAA Advanced National coaching license holder. Finally, Coach Cory Herchenroeder, a graduate of William Woods University is entering her first year with the coaching staff. It is also where he earned his master’s degree in Athletic/Activities Administration.