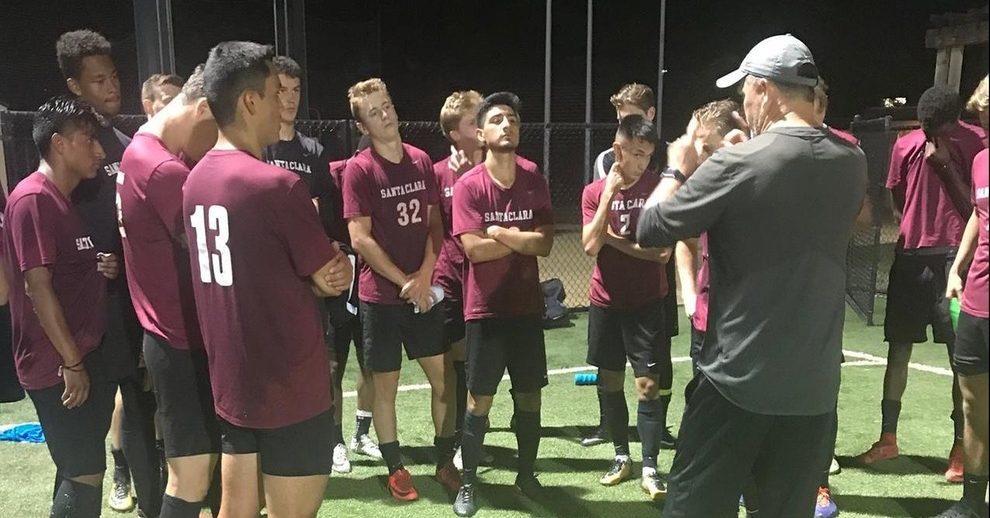 The Santa Clara University Broncos Men’s Soccer College ID Residential Camp provides an opportunity for players to experience playing and training in a college-level environment. It is a three-day event that will run from the 24th of July until the 26th of July. The camp is set to start at 9:00 AM on Day 1 and end at 12:00 PM on Day 3. Furthermore, this training program is going to cover both the technical and tactical aspects of the game. The participants will a chance to showcase their outstanding soccer skills through the event’s small-sided and full-sided games. In addition, this identification camp is open to all high school freshmen and seniors who are aspiring to play soccer at the college level. It will take place at the Santa Clara University campus.
Santa Clara University, originally Santa Clara College, is a private, coeducational, nonprofit, research university in Santa Clara, California. It is an affiliation of the Roman Catholic – Jesuit. The university is also part of the Association of Catholic Colleges and Universities and the National Association of Independent Colleges and Universities. Moreover, the university’s engineering programs have an accreditation from the Accreditation Board for Engineering and Technology. Its law programs have also an accreditation from the American Bar Association and the State Bar of California. Santa Clara University is among the world’s top academic institutions. In fact, it is 64th in the Forbes Magazine’s List of America’s Best Colleges. The university is second in Regional Universities West, of the 2018 edition of the US News and World Reports Best Colleges rankings. It is also first in the Best Colleges for Veterans category. Additionally, Santa Clara University features 19 men’s and women’s college sports teams in the National Collegiate Athletic Association (NCAA) Division I, West Coast Conference (WCC). They are the Broncos and their identity colors are red and white. The Santa Clara Broncos men’s soccer team has already three College Cups appearances.

Head Coach Cameron Rast is leading the Santa Clara University Broncos men’s soccer team. He is now in his 16th season at the helm of the Broncos men’s soccer program. Coach Cameron Rast is a bachelor’s degree graduate from Santa Clara University. Ultimately, Coach Cameron Rast is a three-time WCC Coach of the Year awardee. He is also the 2007 Far West Region Coach of the Year. Under his leadership, the Broncos has already five WCC championships and seven NCAA Tournament appearances. Coach Rast is an inductee into the Santa Clara Athletic Hall of Fame. Then, the Santa Clara University Broncos men’s soccer associate head coach is Eric Yamamoto also an alumnus of Santa Clara University. Coach Yamamoto is now in his 26th season with the coaching staff. He is the 2007 National Soccer Coaches Association of America (NSCAA) National Assistant Coach of the Year. Coach Yamamoto was part of the Santa Clara Broncos’ 1989 NCAA National co-Championship team. The Broncos assistant coach is Ian Sarachan, an alumnus of the University of Illinois-Chicago. Coach Ian Sarachan is at the same time the director of the SPORTing Smiles. He is in his second season with the coaching staff. Brandon Zimmerman is the volunteer assistant coach. And finally, Ajay Vyas is the director of soccer operations.