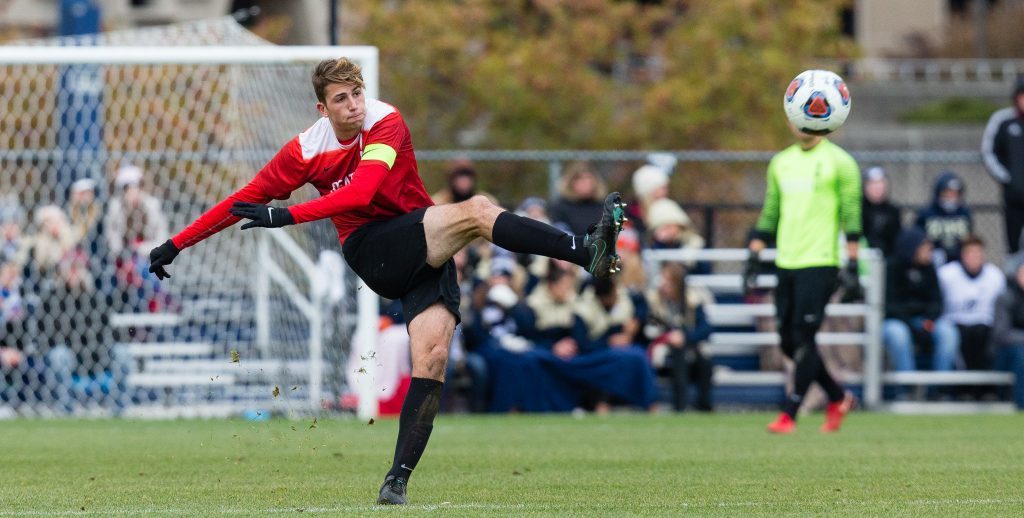 The Seattle University Redhawks Men’s Soccer Summer Elite ID Camp is inviting all male soccer players 14 to 18 years of age who desire to play at the college level. It is a two-day program that will fall on July 19 and July 20. This summer elite identification camp is set to start at 10:00 AM on Day 1 and end at 3:45 PM on Day 2. Furthermore, the training camp will take place at the Seattle University’s top-notch Championship Field. This event is a venue to experience the training and playing environment at the college level. Moreover, the camp also includes a campus tour and competitive small-sided and 11v11 matches. The registration fee which includes a camp t-shirt a lunch is $265 per player.

The head coach of the Seattle University Redhawks men’s soccer team is Pete Fewing. He is now in his seventh season at the helm of the Redhawks men’s soccer program. Additionally, Coach Pete Fewing is the 2015 National Soccer Coaches Association of America (NSCAA) West Regional Coach of the Year awardee. This award comes after he led the Redhawks to their first-ever Division I Sweet 16 appearance. Coach Fewing is also the 2013 Western Athletic Conference Coach of the Year awardee. He is now holding an overall coaching win-loss record of 274-162-37. Then, the Seattle University Redhawks men’s soccer associate head coach is Nate Daligcon. He is now in his third year with the coaching staff. Coach Nate Daligcon is a bachelor’s degree in business administration with a marketing concentration graduate from  Seattle Pacific University. He is also a USSF “A” coaching license holder. The Seattle Redhawks assistant men’s soccer coach is Jake Feener. He is the newest addition to the Redhawks coaching staff. Coach Feener is the former Seattle University standout goalkeeper. In fact, he is the 2013 WAC Tournament MVP and was instrumental in the Redhawks’ first WAC Championship title. The Redhawks volunteer assistant coach is Bill Colello. And finally, Vince Volpe is the player development coordinator.