The Slippery Rock University Women’s Soccer Elite Residential Camp is intended for high-level female high school soccer players. It will run from the 25th of July until the 27th of July. Its venue is the scenic Slippery Rock University campus. In addition, this three-day soccer training program will include both technical and tactical instructions and competitive games. It is the ideal preparation ground for those who aspire to play at the college level. Furthermore, the camp is open to both residential and commuter registrants. The registration fee for commuter campers is $255 per player while it is $295 per player for residential campers. Participants are required to bring their own soccer apparels and protective gears.

About Slippery Rock University of Pennsylvania

The head coach of the Slippery Rock University women’s soccer team is Jessica Griggs. The 2018 – 2019 season will be her fourth season at the helm of the Rock’s women’s soccer program. Coach Jessica Griggs is a bachelor’s degree in Spanish graduate from Dickinson College. Meanwhile, she completed her master’s degree in Sport and Exercise Psychology at Lock Haven University. Coach Jessica Griggs is also a United States Soccer Federation (USSF) “C” coaching license holder. She is now holding a career coaching win-loss record of 47-30-5. She led the Rock’s women’s soccer team to three PSAC Tournament appearances. Then, the Slippery Rock University women’s soccer assistant coach is Mark Sappington. Coach Mark Sappington is also in his fourth season with the coaching staff. He is a bachelor’s degree in psychology with a minor in theology graduate from Wheeling Jesuit University. Coach Mark Sappington is also United States Soccer Federation (USSF) “D” coaching license holder. And finally, the team’s graduate assistant coach is Tyler McCarty. 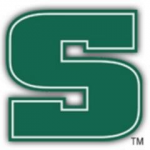