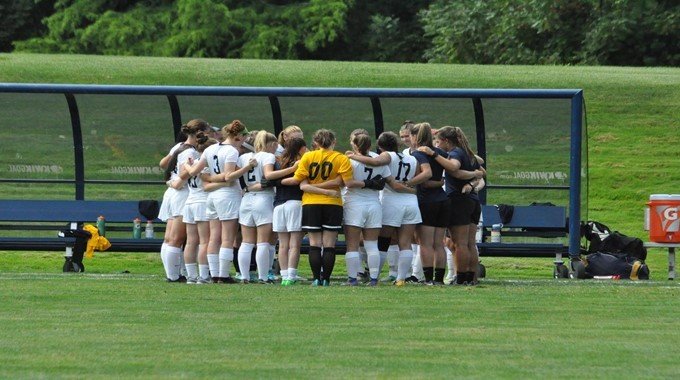 Come and join the Smith College Pioneers Women’s Soccer Preseason Clinic. It is the ideal preparation camp for those players who desire to take their game to the collegiate level. This soccer camp will run from 9:30 AM until 4:00 PM on the 10th of August. It is open to all and any high school girls in grade 9 up to grade 12. Furthermore, this single-day high-level soccer camp is going to take place in the scenic state of the art Smith College Soccer Field. The camp will cover both the technical and tactical facets of the game. Training sessions are in place for goalkeepers. There will also be a performance evaluation for every registrant. In addition, the training program will be under the direction of the Smith College Pioneers women’s soccer coaching staff.

Smith College is a private, liberal arts, women’s college in Northampton, Massachusetts. It is part and the largest member of the Seven Sisters, a group of liberal arts colleges in the Northeastern United States. The other six colleges are Barnard College, Bryn Mawr College, Mount Holyoke College, Wellesley College. Vassar College, and Radcliffe College. Additionally, Smith College is an affiliation of the National Association of Independent Colleges and Universities (NAICU). It is also part of the Annapolis Group and the Oberlin Group. Currently, Smith College is serving more than 2,500 undergraduate students. This undergraduate student population is also through a selective enrollment acceptance rate of 32 percent. Correspondingly, Smith College’s student to faculty ratio is an astounding 9:1. The college is also catering nearly 400 postgraduate students. Smith College is spearheaded by college president Kathleen McCartney. Smith College is also one of the nation’s top academic institution. As a matter of fact, it is 11th in the National Liberal Arts Colleges category of the 2019 US News and World Reports Best Colleges rankings. The university is also 18th in the Best Undergraduate Teaching rankings and 10th in the Best Value Schools rankings. As a whole, Smith College has an accreditation from the New England Association of Schools and Colleges (NEASC). Furthermore, in the sporting world, Smith College fields 11 women’s college teams. These teams are participating in the New England Women’s and Men’s Athletic Conference (NEWMAC) of the National Collegiate Athletic Association (NCAA) Division III. They are the Pioneers and blue and gold are their identity colors.

Service Type
ID Camp for Soccer
Provider Name
Smith College,
Area
Northampton, MA
Description
The Smith College Pioneers Women's Soccer Preseason Clinic is a single-day advanced soccer training program that will run from 9:30 AM until 4:00 PM on the 4th of August. Its venue is the beautiful Smith College campus which is in Northampton, Massachusetts. This program is available to all female soccer players who are looking to play at the college level.