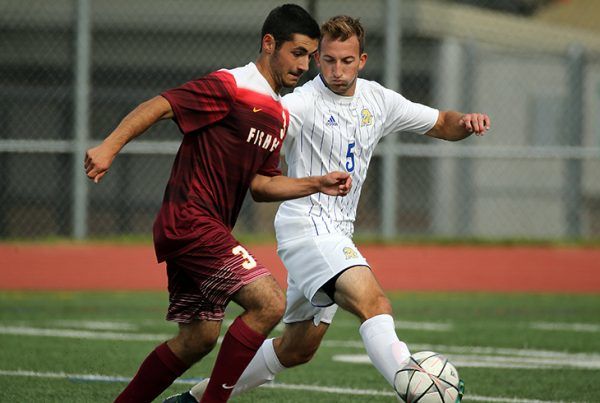 Come and join the St. John Fisher College Cardinals Men’s Soccer Prospect Camp. It is set to run from 9:00 AM until 12:30 PM on the 19th of May. This college soccer prospect camp is open to all boys 15 to 18 years of age who are serious about playing soccer at the collegiate level. The program is going to take place at the beautiful St. John Fisher College campus in Rochester, New York. In addition, this prospect is only offering 50 available spots so registration is on a first come first serve basis. The registration fee which includes a St. John Fisher College camp t-shirt is $100 per camper. Moreover, the program offers a dynamic environment for learning advanced skills in both the technical and tactical facets of the game. It also provides a venue for exceptional players to showcase their skills.

St. John Fisher College is a private, coeducational, liberal art college in Pittsford, New York. It comprises five departments. Namely, they are the School of Arts and Sciences, the Ralph C. Wilson, Jr. School of Education, the School of Business, the Wegmans School of Pharmacy, and the Wegmans School of Nursing. Overall, the college has an accreditation from the Middle States Commission on Higher Education. Currently, the institution is serving around 2,800 undergraduate students. 40 percent of this undergraduate student population are male students and 60 percent are female students. This undergraduate student population is also through a selective enrollment acceptance rate of 65 percent. The university is also serving around 1,000 postgraduate students. Furthermore, St. John Fisher College is 145th in National Universities of the 2018 edition of the US News and World Reports Best Colleges rankings. It is also 94th in the Best Colleges for Veterans rankings and 37th in the Best Value Schools rankings. In sports, St. John Fisher College is competing in the Eastern College Athletic Conference (ECAC), the Empire 8, and the Liberty League of the National Collegiate Athletic Association (NCAA) Division III. They are known as the Cardinals and their official colors are gold and cardinal red.