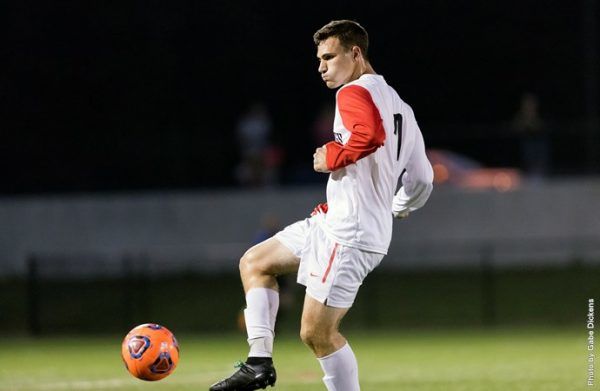 The SUNY Plattsburgh Cardinals Men’s Soccer Summer ID Clinic is open to all and any boys entering grade 9 up to grade 12. It is ideal for those who are looking to take their game to the collegiate level. This event is a four-hour training program that will run from 12:00 PM until 4:00 PM on the 14th of July. This camp is going to take place at the state of the art Field House Complex which is on the SUNY Plattsburgh campus. Furthermore, the training program aims at enhancing both the participant’s technical abilities and tactical understanding. There will also be competitive 11v11 matches. It will allow exceptional players to showcase their skills in front of the college recruiting staff. Overall, it will be a challenging but enjoyable experience.

About State University of New York College at Plattsburgh

State University of New York College at Plattsburgh or just SUNY Plattsburgh is a public, coeducational, liberal arts university in Plattsburgh, New York. It is part of the State University of New York system. The university is also a member of the Middle States Association of Colleges and Schools and the American Association of State Colleges and Universities (AASCU). Currently, SUNY Plattsburgh is serving around 5,300 undergraduate students. 43 percent of this undergraduate student population are male students and 57 percent are female students. This undergraduate student population is also through a selective enrollment acceptance rate of 53 percent. Correspondingly, SUNY Plattsburgh’s student to faculty ratio is 16:1. The university is also accommodating nearly 400 postgraduate students. It is spearheaded by president A. John Ettling. SUNY Plattsburgh is also among the nation’s top academic institutions. As a matter of fact, it is 87th in the Regional Universities North category of the 2018 US News and World Reports Best Colleges rankings. The university is also 47th in the Best Colleges for Veterans rankings and 55th in the Best Value Schools rankings. Moreover, in sports, SUNY Plattsburgh fields 19 intercollegiate men’s and women’s varsity teams. These teams are participating in the State University of New York Athletic Conference (SUNYAC) of the National Collegiate Athletic Association (NCAA) Division III. They are the Cardinals while red and white are their identity colors.

The head coach of the SUNY Plattsburgh Cardinals men’s soccer team is Chris Taylor. The 2018 – 2019 season will be his first season at the helm of the Cardinals men’s soccer program. Coach Chris Taylor is a bachelor’s degree in print journalism graduate from SUNY Plattsburgh. Meanwhile, he finished his master’s degree in recreation and sports science at Ohio University. Coach Chris Taylor is also a National Soccer Coaches Association of America (NSCAA) National Diploma holder. Then, the SUNY Plattsburgh Cardinals men’s soccer assistant coaches are Geoff Spear and Pat Shaughnessy. Coach Geoff Spear is now in his 20th season with the Cardinals soccer coaching staff. He is also a SUNY Plattsburgh graduate. Additionally, Coach Spear completed his master’s degree in physical education at Springfield College. He is a United States Soccer Federation (USSF) “B” coaching license holder. Coach Pat Shaughnessy, on the other hand, is entering his first season with the coaching staff. The team student assistant coach is CJ Barbontin-Jimenez. And finally, Brett Rotz is the team manager.

Service Type
ID Camp for Soccer
Provider Name
SUNY Plattsburgh,
Area
Plattsburgh, NY
Description
Join the SUNY Plattsburgh Cardinals Men's Soccer Summer ID Clinic on the 14th of July. The training camp will start at 12:00 PM and end at 4:00 PM. This summer soccer identification camp is inviting all boys entering grade 9 up to grade who desire to become a college soccer student-athlete. The camp registration fee is $75 per participant.