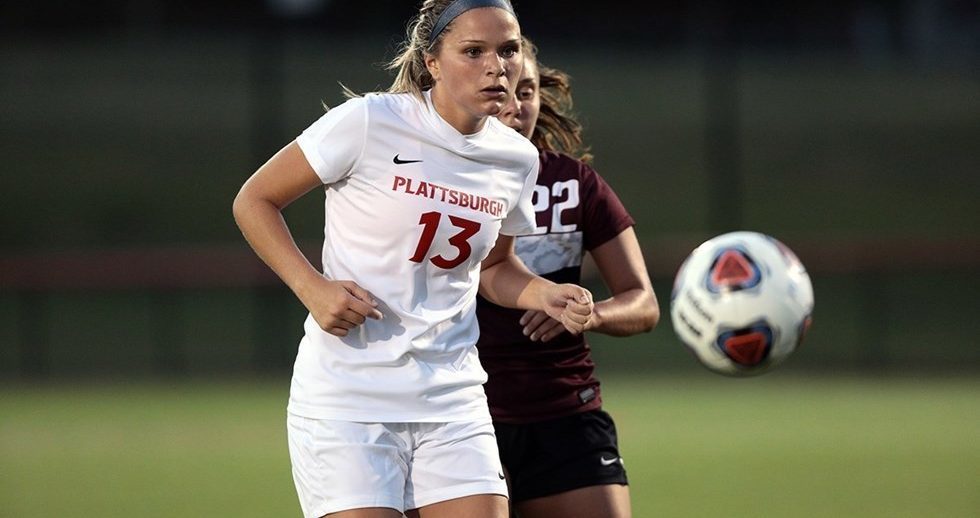 The SUNY Plattsburgh Cardinals Women’s Soccer Summer Clinic is a single-day event that will fall on the 11th of August. The training program is for both field players and goalkeepers. Addition, this soccer is set to run from 2:15 PM until 6:00 PM. It is open to all high school girls who desire to take their game to the next level. This event is going to take place at SUNY Plattsburgh’s top-notch Field House Turf. In addition, this soccer summer clinic provides an opportunity for excellent soccer players to showcase their skills and become a part of the Cardinals women’s soccer team. It includes a campus tour and a college recruiting talk. Furthermore, the camp registration fee is $70 per player. There are only 30 camper spots available so registration is first come first serve.

About State University of New York College at Plattsburgh

State University of New York College at Plattsburgh or just SUNY Plattsburgh is a public, coeducational, liberal arts university in Plattsburgh, New York. It is part of the State University of New York system. The university is also a member of the Middle States Association of Colleges and Schools and the American Association of State Colleges and Universities (AASCU). Currently, SUNY Plattsburgh is serving around 5,300 undergraduate students. 43 percent of this undergraduate student population are male students and 57 percent are female students. This undergraduate student population is also through a selective enrollment acceptance rate of 53 percent. Correspondingly, SUNY Plattsburgh’s student to faculty ratio is 16:1. The university is also accommodating nearly 400 postgraduate students. It is spearheaded by president A. John Ettling. SUNY Plattsburgh is also among the nation’s top academic institutions. As a matter of fact, it is 87th in the Regional Universities North category of the 2018 US News and World Reports Best Colleges rankings. The university is also 47th in the Best Colleges for Veterans rankings and 55th in the Best Value Schools rankings. Moreover, in sports, SUNY Plattsburgh fields 19 intercollegiate men’s and women’s varsity teams. These teams are participating in the State University of New York Athletic Conference (SUNYAC) of the National Collegiate Athletic Association (NCAA) Division III. They are the Cardinals while red and white are their identity colors.

Leading the SUNY Plattsburgh Cardinals women’s soccer team is Head Coach Tania Armellino. Coach Tania Armellino is now in her fifth year at the reins of the Cardinals women’s soccer program. She is a bachelor’s degree in  English with minors in Political Science and American Studies graduate from Rutgers University. Meanwhile, she earned her Juris Doctor at the University of Miami School of Law. Coach Armellino has led the Cardinals to their fourth SUNYAC Tournament semi-finals appearance in . She is now holding a 45-28-6 win-loss record as the Cardinals head coach. Then, the SUNY Plattsburgh Cardinals women’s soccer associate head coach is Frantzy Noze. Coach Frantzy Noze is also in his fifth season with the coaching staff. He is a bachelor’s degree in Sports Management with a minor in Business Administration graduate from Post University. The Cardinals goalkeeping coach is Geoff Spear. Coach Spear is at the same time the Cardinals men’s soccer assistant coach. And finally, Brooke Knight is the volunteer assistant coach.

Service Type
ID Camp for Soccer
Provider Name
SUNY Plattsburgh,
Area
Plattsburgh, NY
Description
The SUNY Plattsburgh Cardinals Women's Soccer Summer Clinic will replicate a real college training environment. It is going to run from 2:15 PM until 6:00 PM on the 11th of August. The venue of this soccer program is SUNY Plattsburgh's top-notch Field House Turf. This high-level soccer training program is open to all girls in high school.