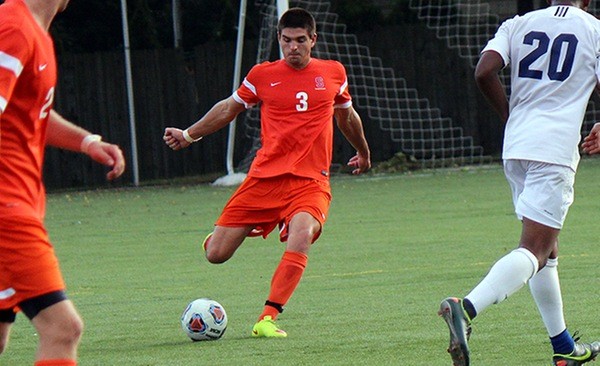 The Susquehanna University River Hawks Men’s Soccer ID Clinic is a single-day event that will fall on the 8th of April. This training program is intended for high school boys in grade 9 up to grade 12 who are serious about taking their skills to the next level. This identification clinic is the ideal venue to showcase and display outstanding skills with other top-caliber players. Furthermore, this soccer clinic is going to take place at the leading-edge Sassafras Field which is on the Susquehanna University campus. The program includes a college recruiting discussion and a question and answer session with the River Hawks coaching staff and current players. Overall, it will be a motivational and challenging experience.

Susquehanna University is a private, coeducational, Lutheran, liberal arts university in Selinsgrove, Pennsylvania. Its founder is the late Benjamin Kurtz, a German-American Lutheran pastor, and theologian. The university has a 325 acre, rural type campus. Currently, Susquehanna University is accommodating around 2,200 undergraduate students. This is with an acceptance rate of 68 percent. And, the student to faculty ratio is 12:1. The university has a gender distribution of 44 percent male students and 56 percent female students. Furthermore, the university is 141st in National Liberal Arts Colleges category of the  2018 edition of the US News and World Reports Best Colleges rankings. It is also 381st in the Business Programs rankings. It is an affiliation of the Evangelical Lutheran Church in America. Susquehanna University has 23 men’s and women’s college sports teams competing in the Landmark Conference of the National Collegiate Athletic Association (NCAA) Division III. They are the River Hawks and their identity colors are maroon and orange. They are formerly known as the Crusaders. The university’s football team and women’s golf team are competing in the Centennial Conference while it’s men’s golf team is competing in the Empire 8 Conference.

The head coach of the Susquehanna University River Hawks men’s soccer team is Jim Findlay, a native of Toronto, Ontario. He is at the same time the university’s Director of Intramurals and Recreation. Coach Jim Findlay is now entering his 21st year at the reins of the River Hawks men’s soccer program. He is a bachelor’s degree in criminal justice graduate from Wheeling Jesuit University. Additionally, in 2003, Coach Findlay and his coaching staff received the Coaching Staff of the Year award after leading the team to its first-ever playoff appearance. The Susquehanna University River Hawks men’s soccer team has already three Landmark Conference Championships under his leadership. Currently, Coach Jim Findlay is also working as the National Soccer Coaches Association of America (NSCAA) Mid Atlantic All-America regional selection chairperson. Then, the River Hawks men’s soccer assistant coaches are Terry Brennan and Augusto Lima. Coach Terry Brennan who hails from Selinsgrove, Pennsylvania is now entering his 19th season with the coaching staff. He is a master’s degree in physical therapy holder. Meanwhile, Coach Augusto Lima, a native of Campinas, Brazil is a Susquehanna University graduate. He is at the same time the team’s recruiting coordinator. Coach Lima joined the coaching staff in . Finally, the River Hawks volunteer assistant coach is Matt Salsman.

Service Type
ID Camp for Soccer
Provider Name
Susquehanna University,
Area
Selinsgrove, PA
Description
Come and join the Susquehanna University River Hawks Men's Soccer ID Clinic. It is the ideal preparation ground for players who aspire to become a college soccer student-athlete. The program will focus on refining the participants' technical skills. It is also going to improve their tactical understanding in both the offensive and defensive ends of the game.