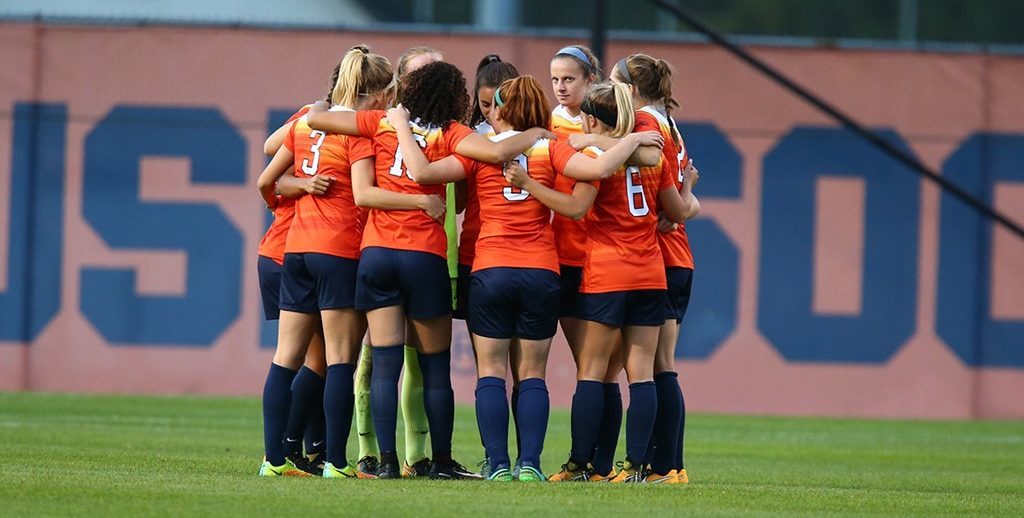 The Syracuse University Orange Women’s Soccer Summer ID Camp is for advanced level high school female soccer players who aspire to play college soccer. It is an opportunity to gain collegiate-level training and playing exposure in front of top college coaches. The program will allow the participants to learn more about the college recruiting procedures. In addition, this summer identification camp is a two-day program that will fall on July 27 and July 28. It is going to take place at the world-class Lampe Athletic Complex which is in Syracuse, New York. This camp is set to start at 2:00 PM on Day 1 and end at 10:30 AM on Day 2. Registration cost is $300 per player.

Phil Wheddon, a native of Basingstoke, England is the head coach of the Syracuse University Orange women’s soccer team. He is a bachelor’s degree in physical education and sports management graduate from East Stroudsburg University. Coach Phil Wheddon completed his Higher National Degree in business and finance with a sports coaching minor at Crewe and Alsager College. He is also a United States Soccer Federation (USSF) “A” coaching license holder. Additionally, Coach Phil Wheddon is also working as a U.S. National Licensing instructor. Then, the Cuse Orange women’s soccer assistant coaches are Kelly Lawrence and Ben Boehner. Coach Kelly Lawrence who hails from England is now in her third season with the coaching staff. She is a bachelor’s degree in arts, humanities, kinesiology and coaching graduate from Indiana University. Meanwhile, Coach Lawrence earned her master’s degree in Coaching and Athletic Administration at Concordia University Irvine. Coach Ben Boehner, a native of Parkville, Missouri is a  bachelor’s degree in marketing graduate from Columbia College. The Cuse volunteer assistant coach is Javier Mejia-Blau and Meagan Bevins is the assistant athletic trainer. Finally, the assistant strength and conditioning coach is Corey Parker.