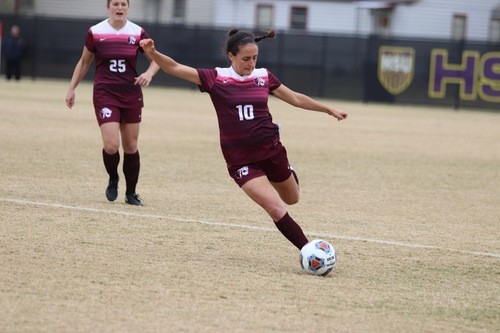 The Trinity University Tigers Women’s Soccer College Prep Camp will run for three days from 27th of July until the 29th of July. It is set to start at 4:00 PM on Day 1 and end at 4:00 PM on Day 3. The camp registration fee is $360 per player. This college soccer prep camp is open to all girls 14 to 18 years of age who aspire to play at the college level. Furthermore, this soccer training program will provide the participants with a first-hand experience of what it takes to be a college soccer student-athlete. This event is going to take place at the scenic Trinity University campus in San Antonio, Texas. In addition, the training program is going to be under the direction of the Trinity University Tigers women’s soccer coaching staff and current players.

Trinity University founded 1869, is a private institution in San Antonio, Texas. It is a liberal arts college ranking first in the West according to the 2018 Regional University Rankings by the U.S. News and World Report. The university is also 1st in the Best Value Schools rankings and 216th in the Business Programs. Additionally, Trinity University is consistently holding this position for an outstanding 26 consecutive years. Furthermore, the university is a member of the Consortium of Liberal Arts Colleges (CLAC). It is also part of the National Association of Independent Colleges and Universities (NAICU). Its campus which is 125 acres in size is in the Monte Vista Historic District. Currently, Trinity University is serving around 2,300 undergraduate students. 47 percent of this undergraduate student population are male students and 53 percent are female students. This undergraduate student population is also through a selective enrollment acceptance rate of 41 percent. Correspondingly, Trinity University’s student to faculty ratio is an astounding 9:1. 60 percent of its classes have fewer than 20 students. The university is also serving around 200 postgraduate students. In athletics, the nickname of Trinity University sports teams is Trinity Tigers and their identity colors are maroon and white. In the 50s, the school mascot is an actual Bengal tiger named LeeRoy. The Trinity Tigers are participating in the National Collegiate Athletic Association (NCAA) Division III, Southern Collegiate Athletic Conference.

Leading the Trinity University Tigers women’s soccer team is Head Coach Dylan Harrison, a native of Napoleonville, Louisiana. Coach Dylan Harrison is a Bachelor of Science degree in business administration graduate from Trinity University. Meanwhile, he completed his master’s degree in business administration at Nicholls State University. Coach Dylan Harrison is now in his third season at the helm of the Tigers women’s soccer program. Ultimately, Coach Harrison is the  Southern Collegiate Athletic Conference Coach of the Year awardee. He is also the 2014 Louisiana Soccer Association Coach of the Year awardee. In just two seasons, Coach Dylan Harrison has already led the Trinity Tigers into two SCAC championships. He is holding a stellar 42-3-0 win-loss record with the Trinity University Tigers women’s soccer team. Then, the team’s assistant coach is Spencer Valdespino, a native of Spring Hill, Florida. Coach Spencer Valdespino is entering her first year with the coaching staff. She is a bachelor’s degree in mass communication graduate from Nicholls State University. Coach Spencer Valdespino is the former Auburn University graduate assistant coach.