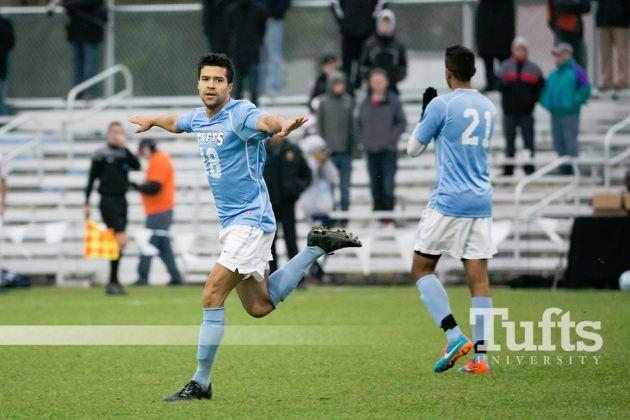 Train and play like a champ at the Tufts University Jumbos Men’s Soccer College Prospect ID Camp. It is going to run from 9:00 AM until 4:30 PM on the 29th of July. This college soccer identification camp will provide the participants a feel for how it is to train and play like a college student-athlete. The full-day event is open to all male soccer players entering grade 10 to college freshmen. Moreover, this soccer camp is going to take place at the leading-edge Bello Field which is on the Tufts University campus. The program is only offering 35 spots for field players and 4 spots for goalkeepers. Thus, registration is on a first come first served basis. Check-in starts at 8:30 AM.

The head coach of the Tufts University Jumbos men’s soccer team is Josh Shapiro, a native of Leonia, New Jersey. He is now in his eighth season at the helm of the Jumbos men’s soccer program. Coach Josh Shapiro is an alumnus of Middlebury College. Additionally, Coach Shapiro is the 2014 National Soccer Coaches Association of America (NSCAA) Coach of the Year. He is also the 2014 NESCAC Coach of the Year and D3soccer.com National Coach of the Year awardee. In 2016, with Coach Shapiro at the helm, the Tufts Jumbos men’s soccer coaching staff won the NSCAA Division III Coaching Staff of the Year award. Ultimately, under his leadership, the team has already two NCAA Division III Men’s Soccer titles and four NCAA Tournament appearances. The Jumbos are also the NESCAC champions. Then, the team’s assistant coach is Jordan Ciuffetelli. Coach Jordan Ciuffetelli is the newest addition to the Jumbos men’s soccer coaching staff. He is a bachelor’s degree in history graduate from Lehigh University. It is also where he earned his master’s degree in education. Coach Ciuffetelli was part and instrumental in Lehigh’s 2012 National Championship team. He is also a former assistant coach at West Chester University of Pennsylvania and Muhlenberg College. It is however in Lehigh where he started his coaching career as the team’s  Sports Camp and Recruiting Graduate Assistant.

Service Type
ID Camp for Soccer
Provider Name
Tufts University,
Area
Medford, MA
Description
Join the Tufts University Jumbos Men's Soccer College Prospect ID Camp on the 29th of July. It is set to start at 9:00 AM and end at 4:30 PM. This soccer identification camp is especially for boys in grade 10 to college freshmen who intended to play in the collegiate level. The camp's venue is the top-notch Bello Field, the home of the Jumbos men's soccer team.