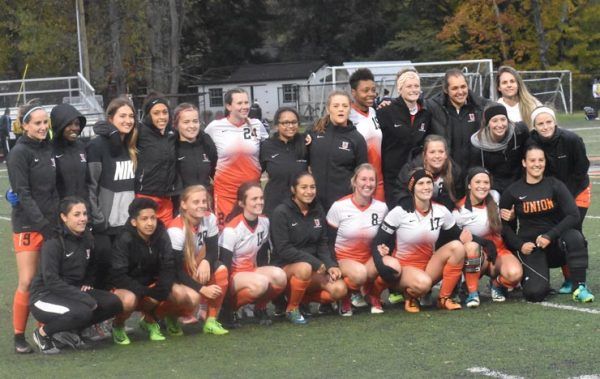 The Union College Lady Bulldogs Women’s Soccer Summer Camp is a full-day event that will run from 9:00 AM until 7:30 PM on the 21st of July. It will include technical and tactical skills training sessions and competitive game and scrimmages. This soccer summer camp is going to take place at the top-notch Burch/Nau Field at Williamson Stadium which is on the Union College campus. In addition, this soccer camp is inviting all girls 13 to 17 years old who are interested in joining the Union College Lady Bulldogs women’s soccer team. The program is the ideal venue to showcase exceptional soccer skills. Moreover, this event is an initiative of the Lady Bulldogs women’s soccer coaching staff. The camp registration fee is $70 per player.

Union College is a private, coeducational, liberal arts college in Barbourville, Kentucky. It is an affiliation of the National Association of Independent Colleges and Universities (NAICU). The college is also a member of the Council of Independent Colleges (CIC) and the International Association of Methodist-related Schools, Colleges, and Universities (IAMSCU). As a whole, Union College has an accreditation from Southern Association of Colleges and Schools Commission on Colleges (SACSCOC). Its nursing program is also accredited by the Commission on Collegiate Nursing Education. Currently, Union College is serving around 1,000 undergraduate students. 51 percent of this undergraduate student population are male students and 49 percent are female students. This undergraduate student population is also through a selective enrollment acceptance rate of 69 percent. Correspondingly, Union College’s student to faculty ratio is 12:1. The institution is also serving nearly 200 postgraduate students. Union College is also a top-tier academic institution for higher learning. As a matter of fact, it is ranked in between 114th and 142nd in the Regional Universities South category of the 2018 US News and World Reports Best Colleges rankings. Additionally, in the sporting world, Union College fields 21 intercollegiate men’s and women’s varsity teams. They are competing in the Appalachian Athletic Conference (AAC) of the National Association of Intercollegiate Athletics (NAIA). Their nickname is the Bulldogs and Lady Bulldogs and their identity colors are orange and black.

Service Type
ID Camp for Soccer
Provider Name
Union College,
Area
Barbourville, KY
Description
Join the Union College Lady Bulldogs Women's Soccer Summer Camp. It is open to all girls 13 to 17 years of age who are serious about taking their game to the next level. This summer soccer camp will run from 9:00 AM until 7:30 PM on the 21st of July. Its venue is the leading-edge Burch/Nau Field at Williamson Stadium which is in Barbourville, Kentucky.