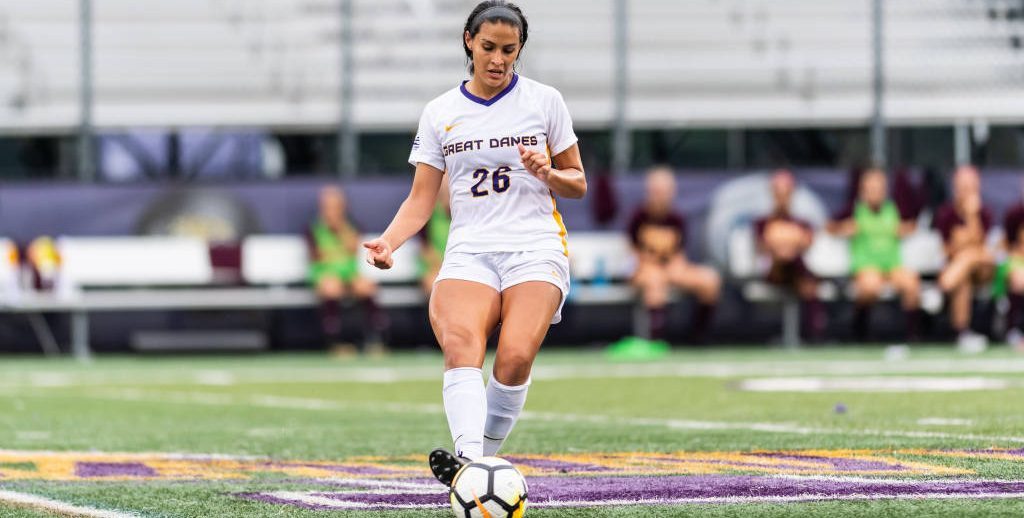 The University at Albany Great Danes Women’s Soccer Prospect Clinic is a single-day event that will fall on the 15th of July. The program is inviting all female soccer players in high school who aspire to become a college soccer student-athlete. Additionally, the clinic will introduce the players to the college level training and playing atmosphere. This soccer prospect clinic will take place at the premier Bob Ford Field which is the home field of the Great Danes women’s soccer team. Moreover, the training program includes both technical and tactical training instructions and competitive games and scrimmages. It is important that participants need to bring their own soccer apparels and protective gears.

About the University at Albany

The University at Albany, formerly State University College at Albany, is a public, coeducational, research university in Albany, New York. It also has other campuses in Guilderland, and Rensselaer, New York. The university is a member of the State University of New York. At the same time, the university is also part of the Association of Public and Land-grant Universities (APLU). The university’s School of Business has an accreditation from the Association to Advance Collegiate Schools of Business (AACSB). Meanwhile, its School of Public Health has an accreditation from the  Council on Education for Public Health. The University at Albany is also one of the nation’s top colleges and universities. As a matter of fact, it is 151st in the National Universities category of the 2018 edition of the US News and World Reports Best Colleges rankings. It is also 78th in the Top Public Schools rankings and 109th in the Business Programs rankings. Currently, the University at Albany is serving more than 13,500 undergraduate students. 49 percent of this undergraduate student population are male students and 51 percent are female students. This undergraduate student population is also through a selective enrollment acceptance rate of 54 percent. Correspondingly, the University at Albany’s student to faculty ratio is 19:1. Moreover, in sports, the university fields 16 intercollegiate men’s and women’s sports teams. These teams are competing in the America East Conference of the National Collegiate Athletic Association (NCAA) Division I. They are the Great Danes while purple and gold are their identity colors.

Service Type
ID Camp for Soccer
Provider Name
University at Albany,
Area
Albany, NY
Description
The University at Albany Great Danes Women's Soccer Prospect Clinic is open to all girls in high school who desire to learn high-level soccer in a fun training atmosphere. It is a one-day training program that will fall on the 15th of July. It is going to take place at the leading-edge Bob Ford Field which is the home field of the Great Danes women's soccer team.