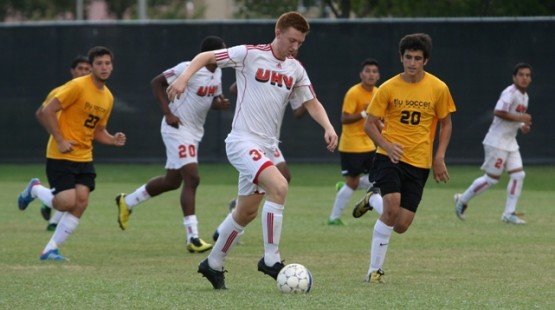 The University of Houston–Victoria Jaguars Men’s Soccer Elite Camp emphasizes on the overall development of the player’s technical skills and tactical understanding. It is going to be a competitive and fun training environment that helps the players achieve their full potential. In addition, this soccer camp is inviting all boys 4 to 17 years of age at any skill level. This training program is set to run from the 16th of July until the 20th of July. Its daily schedule is set to start at 9:00 AM and end at 12:00 PM. Furthermore, this soccer camp is going to take place at the beautiful University of Houston-Victoria campus. Available spots are limited so registration is first come first served basis.

The head coach of the University of Houston–Victoria Jaguars men’s soccer team is Adrian Rigby, a native of North Delta, British Columbia, Canada. He is now in his ninth season at the helm of the Jaguars men’s soccer program. Coach Adrian Rigby is a bachelor’s degree in Sports Medicine/Wellness graduate from Averett University. Meanwhile, he completed his master’s degree in Curriculum Instruction and Kinesiology at Midwestern State University. Coach Rigby is also a United States Soccer Federation (USSF) “B” coaching license holder. Ultimately, Coach Adrian Rigby is the recipient of the  RRAC Coach of the Year Award. This award comes after he led the Jaguars to its first Red River Athletic Conference regular season and tournament titles. Then, the University of Houston–Victoria Jaguars men’s soccer assistant coaches are Brandon Misuraca and George Kee. Coach Brandon Misuraca is now in his second season with the coaching staff. He is a Missouri Baptist University alumnus with a degree in Sport Management. Coach Misuraca is also a master’s degree in Early Elementary Education graduate from the University of the Cumberlands. Finally, Coach George Kee is the newest addition to the Jaguars coaching staff. He is a three-time Golden Valley Conference Men’s Soccer Coach of the Year awardee. Coach George Kee hails from San Antonio, Texas.