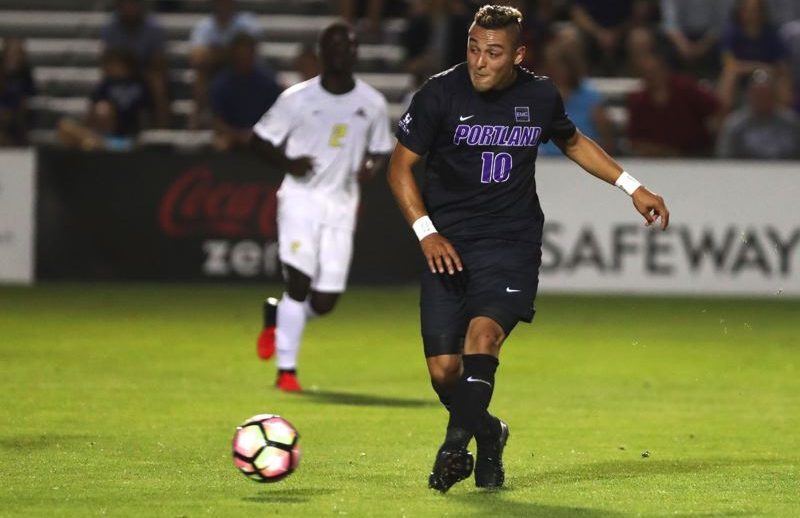 Join the University of Portland Pilots Men’s Soccer Boise ID Camp. It is a three-day event that will run from the 1st of August until the 3rd of August. This soccer identification camp is going to take place at Boise, Idaho. It is inviting all advanced level male soccer players 14 to 18 years old who desire to take their game to the college level. In addition, this soccer camp includes small-sided and 11v11 matches. It is an opportunity for exceptional players to showcase their skills in front of the university’s recruiting staff. Furthermore, the camp also includes film showing, strength and conditioning discussion, and a college recruitment talk. It will be a physically demanding but enjoyable experience.

About University of Portland

The University of Portland, formerly Columbia University, is a private, coeducational, Roman Catholic university in Portland, Oregon. It is an affiliation of the Congregation of Holy Cross and the Association of Catholic Colleges and Universities. The university is also a member of the Northwest Commission on Colleges and Universities and the National Association of Independent Colleges and Universities. Currently, it is serving around 3,700 undergraduate students with a 41 percent male and 59 percent female students gender distribution. The university enrollment acceptance rate is 61 percent while the student to faculty ratio is 12:1. The University of Portland is one of the best universities in the region. As a matter of fact, it is top 6 in Regional Universities West 2018 edition of the US News and World Reports Best Colleges rankings. It is also top 18 in the Best Value Schools category and top 29 in the Engineering Programs category. In sports, the university athletics is competing in the West Coast Conference (WCC) of the National Collegiate Athletic Association Division I. They are the Pilots and purple and white are their identity colors. The University of Portland Pilots men’s soccer team has already two NCAA Tournament College Cups.

The head coach of the University of Portland Pilots men’s soccer team is Nick Carlin-Voigt. He is now entering his second season at the helm of the Pilots men’s soccer program. Coach Nick Carlin-Voigt is a Cum Laude graduate with a bachelor’s degree in economics from Kalamazoo College. In just his first season with the team, Coach Carlin-Voigt led to Pilots to a West Coast Conference title. Ultimately, Coach Carlin-Voigt is the 2016 WCC Co-Coach of the Year awardee. The University of Portland Pilots men’s soccer assistant coaches are Leonard Griffin and Logan Emory. Coach Leonard Griffin, a native of Palmdale, California is now in his second season with the coaching staff. He is a former UCLA Bruins standout. In fact, Coach Griffin is a First Team All-Pac 10 selection in 2003. Coach Griffin was also part of Bruins 2002 NCAA championship team. Similarly, Coach Logan Emory, a native of Boise, Idaho is also in his second with the Pilots coaching staff. He is a University of Portland graduate and a former college soccer standout player. Coach Emory also played professionally for the Puerto Rico Islanders of the USL/NASL and the Toronto FC of the Major League Soccer. And finally, the Pilots goalkeeper coach is Emerson De Oliveira.

Service Type
ID Camp for Soccer
Provider Name
University of Portland,
Area
Boise, ID
Description
The University of Portland Pilots Men's Soccer Boise ID Camp is especially for boys 14 to 19 years of age who are aspiring to play soccer at the collegiate level. It is a three-day program that will run from August 1 until August 3. It is going to provide the participants an extensive experience on how it like to train and play in the elite college level.