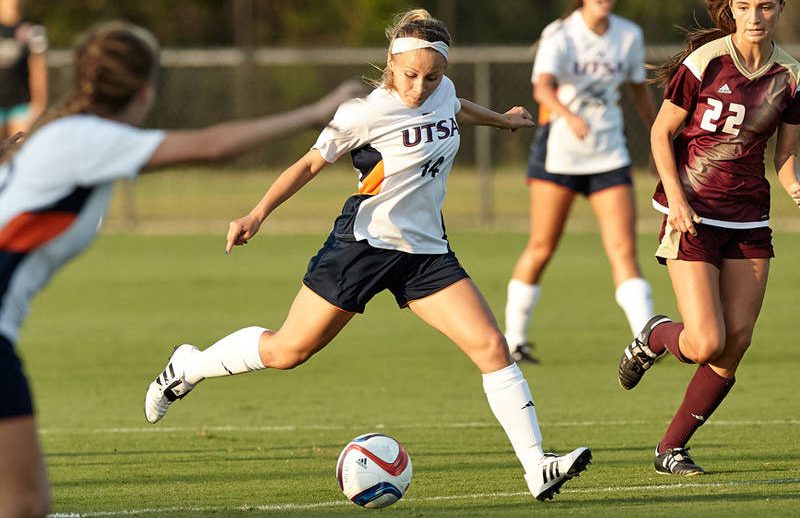 The University of Texas at San Antonio Roadrunners Women’s Soccer Prospect Camp is going to mirror a real college training environment. It will provide both technical and tactical development training sessions. There will also be competitive games. In addition, this soccer prospect is an opportunity for the players to train under experienced college coaches. It is also a venue in which exceptional players can showcase their skills. Moreover, this soccer is a two-day event that will run from August 10 and August 11. It is open for all girls in grade 9 up to grade 12. The camp registration fee is $195 if registered before August 1 and $215 if registered after August 1.

About the University of Texas at San Antonio

Leading the University of Texas at San Antonio Roadrunners women’s soccer team is Head Coach Derek Pittman, a native of Tulsa, Oklahoma. He is in his first season at the helm of the Roadrunners women’s soccer program. Coach Derek Pittman is a bachelor’s degree in business administration graduate from the University of Tulsa. He is also a United States Soccer Federation (USSF) “A” coaching license. Ultimately, Coach Derek Pittman is the recipient of the 2015 Big Sky Coach of the Year Award. He received this award when he was the head coach of the University of Idaho Vandals women’s soccer team. Coach Pittman has led the Vandals to a back-to-back Big Sky Conference regular-season titles in 2015 and 2016. Then, the University of Texas at San Antonio Roadrunners women’s soccer coaching staff is Mark Hiemenz and Cameron Carter. Coach Mark Hiemenz is also entering his first season with the coaching staff. At the same time, he is the team’s recruiting coordinator. Coach Mark Hiemenz is a bachelor’s degree in communications graduate from DePauw University. Similarly, Coach Cameron Carter is also in her first year with the coaching staff. She a graduate of the University of Arkansas. And finally, Brian Davis is the team’s volunteer assistant coach.