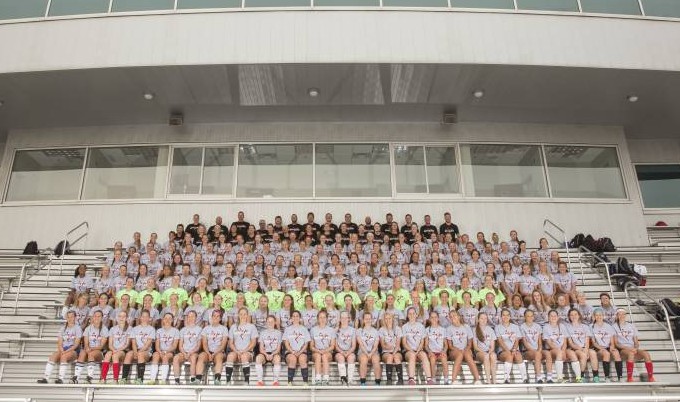 UW River Falls Midwest Elite Soccer Camp (MESC) is open to those who are in grades 9-12 (http://midwestelitesoccer.com/). Midwest Elite Soccer Camp is an overnight soccer camp held ath the University of Wisconsin – River Falls (near Minnesota border). It is for high school girls soccer players who are serious about playing college soccer and interested in DIII ID Camps & Exposure.  They plan to have 30 college coaches either visiting to observe with some of them providing training as well on the field.  They made a special note that families that some colleges will be evaluating but not coaching. “Due to the unpredictable nature of college coaches’ schedules, final staffing is subject to change at anytime. See staff page for sessions of attendance.”

The purpose of UWRF MESC is to give girls that don’t get opportunities for recruitment at tournaments, the opportunity to get access to opportunities to be trained and observed by both Division III and D1 college coaches.  In addition, girls get access to great facilities on a nice regional college campus at UW River Falls.  The camp is designed for girls that are going to be in 9th grade through 12th grade. UW River Falls offers two sessions:

This Midwest Summer ID camp offers discounts throughout the year for ID camps.  For instance, in March, they typically have special pricing of $554 through 3/31 including housing and meals, plus a camp shirt and bag.  This is a discount from the normal fee of $599.  Other facts include: McKuras has led the Falcons to seven WIAC semifinal playoff games and one final in his 12 seasons. In 2003 the Falcons advanced to the WIAC playoff championship match only to lose in double overtime (2-1).

In 2005 UWRF finished 12-3-3 overall and 3-3-2 in the WIAC. Falcon Sarah Carlson was named the WIAC’s Player of the Year and Scholar-Athlete. In 2004 UWRF finished 12-5-1 overall and 4-3-1 and in fourth place in the WIAC. In 2003 the Falcons won the WIAC regular season championship for the first time in school history. UWRF finished 6-2 in WIAC play and at the time was the only other team than UW-Stevens Point to win a regular season crown. The Falcons advanced to and hosted the WIAC playoff championship match and lost to UWSP, 2-1, in two overtimes. McKuras was named the WIAC Coach of the Year for the second straight season after leading the Falcons to a school best 17-4 overall record.

McKuras has coached the WIAC Player of the Year twice – Sarah Carlson earned the honor in both 2003 and 2005. He has coached 15 players to a total of 33 selections to the All-WIAC team and has had two players named to the All-Region squad.

In the fall of 2000, he was the head boy’s coach at Shakopee, Minn., High School.  In 1998 and 1999 McKuras was the head coach of the UW-Eau Claire men’s club team and helped lead the team to one its most successful seasons. He was an assistant varsity boy’s and girl’s coach and head coach of the junior varsity at Eau Claire North High School in 1998 and 1999. From 1994 to 2000 he was a coach with the Valley United Soccer Club in Apple Valley, Minn. In 2000 his U16 girl’s team won the State Cup championship and his 1999 team won the Minnesota State championship. In 1998 he helped lead a boy’s team to the Minnesota State title. Currently he is a coach and trainer with the Blooming Youth Soccer Club. In 2003 McKuras was the head coach of the Bloomington U15 premier boys team that won the Minnesota State Cup.

He is the Director of Youth Development for Woodbury Soccer Club. The position is also responsible for coaching and player development. He earned the NSCAA Level III goalkeepers license in 2013, and the USSF “B” coaching license in 2005. He also earned his USSF National Y license and his NSCAA Director of Coaching diploma in 2008.  He is currently a member of the Minnesota ODP/State Select staff and MYSA State education staff.

McKuras was born in Ft. Wayne, Ind., and grew up in Apple Valley, Minn., where he graduated from Apple Valley High School. He attended UW-Eau Claire and UW-River Falls and graduated from the UWRF health and human performance program with a minor in coaching.

Zingman is the former head coach of the women’s soccer program at Hamline in Minneapolis. During his time at Hamline, Zingman had great success with significant wins and the highest winning percentage in school history. In his first season at Hamline, he led the Pipers to the program’s first winning season and its first ever victories over regionally and nationally ranked opponents. That season also saw the first Hamline player lead the Minnesota Intercollegiate Athletic Conference (MIAC) in scoring while becoming a National Soccer Coaches Association of America (NSCAA) Scholar All-Region selection.

Zingman is also active in the Minnesota soccer community, serving as a head coach for the Minnesota Olympic Development Program (ODP) for four years. Prior to taking over the program at Hamline, Zingman was an assistant coach for the Johns Hopkins University women’s soccer team for three years. Zingman excelled as a player at Johns Hopkins as well. In his four years, the JHU men’s soccer team had a record of 64-10-4, was ranked as high as No. 2 in the nation and appeared in the quarterfinals of the 1998 NCAA tournament. Zingman was a prolific scorer for the Blue Jays, breaking the team’s single-season scoring record with 23 goals in 1999, ranking him fourth in the nation that season. Zingman was a First-team All-South Atlantic selection and graduated second all-time in the program, recording 47 goals and 22 assists. His 116 career points ranks him 11th on the all-time Centennial Conference scoring list, and he currently holds the Centennial Conference record for conference goals in a season with 13 (1999; tied). 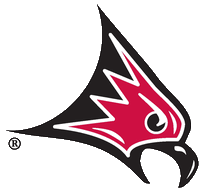