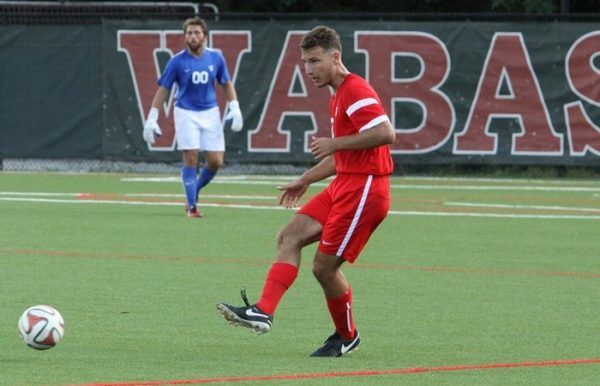 The Wabash College Little Giants Men’s Soccer Summer Elite Camp is designed to provide the participants with a college level training and playing experience. It will be under the direction of the Wabash College Little Giants men’s soccer coaching staff. This soccer camp is also a venue to showcase exceptional skills in front of the college’s recruiting staff. In addition, the training camp is set to run from the 13th of July until the 15th of July. It is open to all high school freshmen up to seniors who desire to become a college soccer athlete. The training program is going to take place at the Mud Hollow Stadium which is on the Wabash College campus. Moreover, the camp registration fee is $295 per player.

Wabash College is a private, liberal arts, men’s college in Crawfordsville, Indiana. It is one of the only three remaining men’s liberal arts colleges in the United States. The other two are Hampden–Sydney College which is in Hampden Sydney, Virginia and Morehouse College which is in Atlanta, Georgia. Moreover, Wabash College is a member of the Annapolis Group, the Oberlin Group, and the Council of Independent Colleges (CIC). It is also part of the National Association of Independent Colleges and Universities (NAICU) and the Consortium of Liberal Arts Colleges (CLAC). Currently, Wabash College is serving around 800 undergraduate students. This undergraduate student population is also through a selective enrollment acceptance rate of 63 percent. Correspondingly, Wabash College’s student to faculty ratio is an astounding 9:1. Wabash College is also among the nation’s top colleges and universities. In fact, it is 65th in the National Liberal Arts Colleges category of the 2018 US News and World Reports Best Colleges rankings. The college is also 16th in the Best Undergraduate Teaching rankings and 43rd in the Best Value Schools rankings. In the sporting world, Wabash College fields its men’s and women’s teams in the North Coast Athletic Conference (NCAC) of the National Collegiate Athletic Association (NCAA) Division III. They are the Little Giants and their identity color is scarlet.

The head coach of the Wabash College Little Giants men’s soccer team is Chris Keller from Crawfordsville, Indiana. Coach Chris Keller is now in his seventh season at the helm of the Little Giants men’s soccer program. He is a bachelor’s degree in psychology graduate from the University of the Southwest. It is also where he earned his master’s of science degree in curriculum and instruction. Ultimately, Coach Chris Keller is a two-time NCAC Coach of the Year awardee. He is also the 2014 National Soccer Coaches Association of America (NSCAA) Men’s DIII Great Lakes Regional Coach of the Year awardee. He is now holding an overall coaching win-loss record of 54-45-10. Then, the Wabash College Little Giants men’s soccer assistant coach is Ian Hatleli. Coach Ian Hatleli is now in his second season with the coaching staff. Prior to the assistant coaching role, Coach Ian Hatleli was the team’s volunteer assistant coach. Additionally, Coach Hatleli is a bachelor’s degree in fitness and sport graduate from Millikin University. Finally, Scott Bye and Cruz Garcia are the Little Giants’ student assistant coaches.

Service Type
ID Camp for Soccer
Provider Name
Wabash College,
Area
Crawfordsville, IN
Description
The Wabash College Little Giants Men's Soccer Summer Elite Camp is a three-day, overnight camp that will run from the 13th of July until the 15th of July. It is inviting all high school boys in grade 9 up to grade 12 who are interested to play soccer at the collegiate level. This soccer event will take place at the state-of-the-art Mud Hollow Stadium.