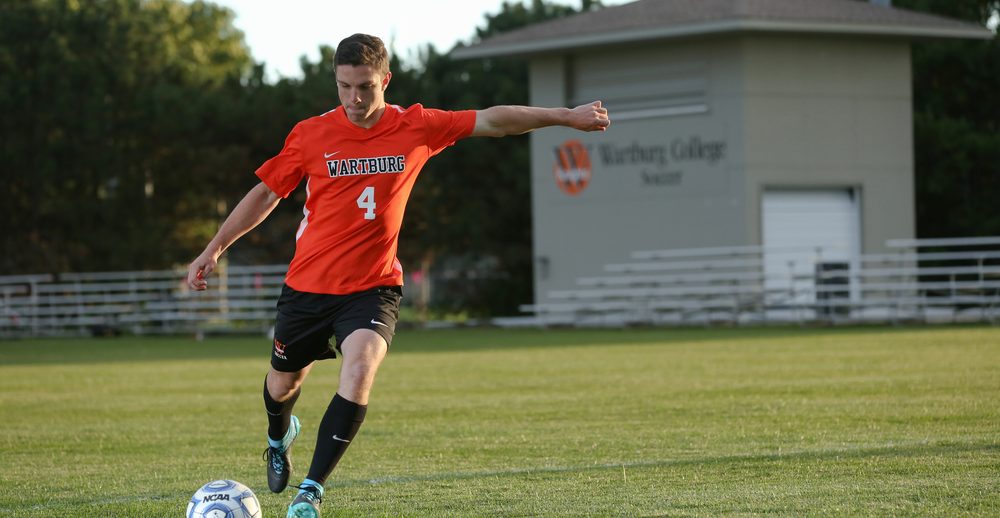 The Wartburg College Knights Men’s Soccer Two-Day Premier ID Camp is open to all and any boys 15 to 18 years of age. It is a two-day, high-level, and fast-paced training program that will fall on August 4 and August 5. This soccer identification camp is going to take place at the leading-edge Knights Soccer Complex and Walston-Hoover Stadium. In addition, this training program will be under the direction of the Wartburg College Knights men’s soccer coaching staff. The camp registration fee which includes a free camp t-shirt is $155 per player. Check-in starts at 11:30 AM on Day 1. Overall, it will be a physically demanding but enjoyable experience.

Wartburg College is a private, coeducational, liberal arts college in Waverly, Iowa. It also has an additional campus in Denver, Colorado. Wartburg College is an affiliation of the Evangelical Lutheran Church in America. As a whole, the academic institution has an accreditation from the Higher Learning Commission of the North Central Association of Colleges and Schools (HLC). Currently, Wartburg College is serving around 1,600 undergraduate students. 48 percent of this undergraduate student population are male students and 52 percent are female students. This undergraduate student population is also through a selective enrollment acceptance rate of 68 percent. Correspondingly, Wartburg College’s student to faculty ratio is 11:1. The college president is Darrel D. Colson. Wartburg College is among the nation’s top-performing colleges. As a matter of fact, it is 128th in the National Liberal Arts Colleges category of the 2018 US News and World Reports Best Colleges rankings. The college is also 144th in the High School Counselor Rankings. In the sporting world, Wartburg College features 23 intercollegiate men’s and women’s teams. These teams are competing in the Iowa Intercollegiate Athletic Conference (IIAC) of the  National Collegiate Athletic Association’s (NCAA) Division III. They are the Knights and orange and black are their official colors.

Service Type
ID Camp for Soccer
Provider Name
Wartburg College,
Area
Waverly, IA
Description
Join the Wartburg College Knights Men's Soccer Two-Day Premier ID Camp. It will be on August 4 and 5 at the Knights Soccer Complex and Walston-Hoover Stadium both top-notch soccer facilities in Waverly, Iowa. This soccer identification camp is ideal for boys who are interested in playing at the college level. The registration fee is $155 per player.