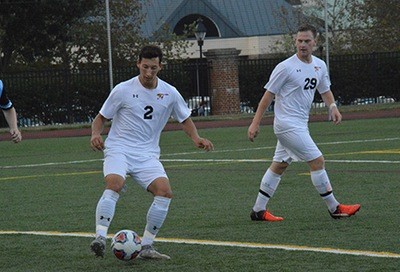 The Washington College Shoremen Soccer Summer Residential Camp is intended for soccer players who are looking to develop their technical and tactical skills through an enjoyable training environment. All sessions will simulate the training sessions of the Washington College Shoremen soccer team. This event will provide the participants with a glimpse of how it is like to be a college soccer student-athlete. Furthermore, the camp will run from the 5th of July until the 8th of July. It is going to take place at the state of the art Roy Kirby Jr. Stadium which is on the Washing College campus. The training program is set to start at 12:00 PM on Day 1 and end at 3:00 PM on Day. Moreover, the program includes an optional pool time.

The head coach of the Washington College Shoremen soccer team is Roy Dunshee. He is now in his sixth year at the helm of the Shoremen’s soccer program. Coach Roy Dunshee is a bachelor’s degree in Journalism graduate from the University of South Carolina. Meanwhile, he earned his Juris Doctorate at George Mason University School of Law. Coach Roy Dunshee is also a United States Soccer Federation (USSF) “A” coaching license holder and a National Soccer Coaches Association of America (NSCAA)Premier Diploma holder. Ultimately, Coach Dunshee is the 2011 NSCAA Associate Staff Coach of the Year awardee. Then, the Washington College Shoremen’s soccer assistant coaches are Chris Koch and Jade Mesias. Coach Chris Koch is a Washington College alumnus with a degree in history. At the same time, he is working as the team’s recruiting coordinator. Coach Chris Koch is also a United Soccer Coaches National Diploma holder. Coach Jade Mesias is now in his fourth season with the coaching staff. He is a bachelor’s degree in Sports Management graduate from Benedictine University. And finally, the Shoremen volunteer assistant coach is Jeff Reinoehl.

Service Type
ID Camp for Soccer
Provider Name
Washington College,
Area
Chestertown, MD
Description
The Washington College Shoremen Soccer Summer Residential Camp will allow the participants to experience a college-level playing and training environment. It is a four-day event that will run from the 5th of July until the 8th of July. This soccer camp is going to take place at the top-notch Roy Kirby Jr. Stadium which is on the Washington College campus.