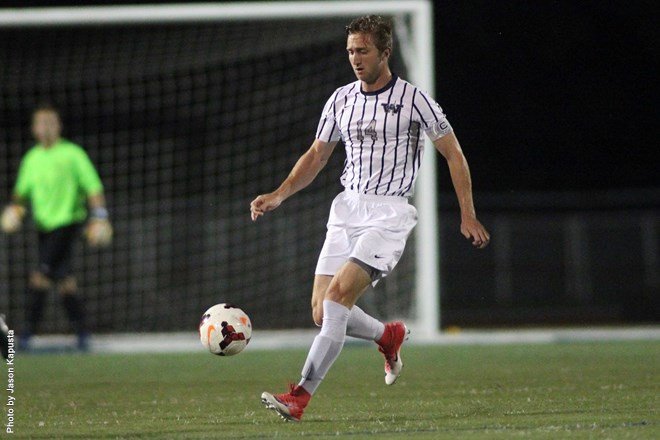 The Westminster College Titans Men’s Soccer College Bound ID Camp aims at providing the participants a taste of a college soccer training and playing environment. It also focuses on providing them with a training program that will maximize their skills improvement. This training program will cover both the technical and tactical facets of the game. Furthermore, this soccer identification camp is also a venue to display outstanding soccer skills. It is a single-day event that will fall on the 14th of July. The program is open to all rising high school freshmen to senior boys who aspire to play at the college level. In addition, the camp registration fee is $90 per player.

Westminster College is a private, coeducational, liberal arts college in New Wilmington, Pennsylvania. The institution is led by president Dr. Kathy Brittain Richardson. Additionally, Westminster College is a member of the Association of Presbyterian Colleges and Universities. It is also an affiliation of the  Presbyterian Church. Currently, the academic institution is serving around 1,100 undergraduate students. 45 percent of this undergraduate student population are male students and 55 percent are female students. This undergraduate student population is also through a selective enrollment acceptance rate of 74 percent. Correspondingly, Westminster College’s student to faculty ratio is 11:1. Westminster College is among the nation’s top academic institutions. As a matter of fact, it is 128th in the National Liberal Arts Colleges category of the 2018 US News and World Reports Best Colleges rankings. The college is also 144th in the High School Counselor Rankings. In the sporting world, Westminster College fields its men’s and women’s collegiate teams in the Presidents’ Athletic Conference (PAC) of the National Collegiate Athletic Association (NCAA) Division III. They are the Titans and their identity colors are blue and white. The Titans men’s soccer team has already four PAC championships and three NCAA Division III Tournament appearances.