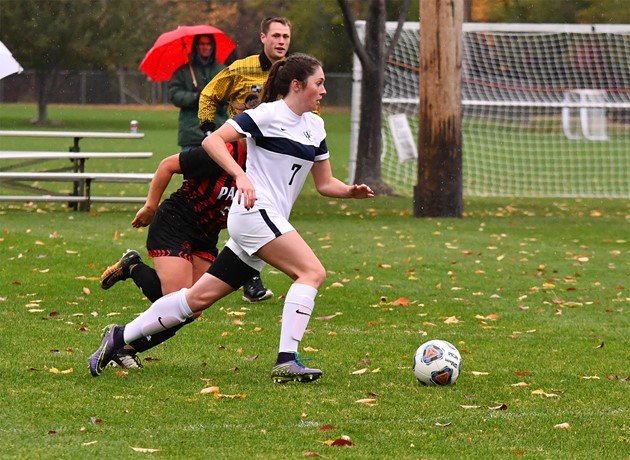 The Whitman College Blues Women’s Soccer Elite ID Summer Camp is designed for all and any female soccer players in the 9th to 12th grade who desire to play at the college level. It is a three-day event that will run from the 8th of August until the 10th of August. The camp is set to start at 11:00 AM on Day 1 and end at 11:30 AM on Day 3. It is going to take place at the scenic Whitman College campus in Walla Walla, Washington. Furthermore, this summer identification camp focuses on refining the player’s technical and tactical capabilities. It is also going to provide the players an experience to train and play in a college-level environment. Moreover, the camp registration fee is  $395 per player.

Whitman College is a private, coeducational, nonsectarian, liberal arts college in Walla Walla, Washington. It is a member of the Consortium of Liberal Arts Colleges and the Colleges That Change Lives. Whitman College is also part of the Annapolis Group and the Oberlin Group. As a whole, the college has an accreditation from the Northwest Association of Schools and Colleges. Whitman College is among the nation’s leading academic institutions. In fact, it is 53rd in the Forbes Magazine’s List of America’s Best Colleges. Whitman College is also 41st in National Liberal Arts Colleges and 20th in Best Undergraduate Teaching of the US News and World Reports’ 2018 edition of Best Colleges rankings. It is also 77th in the Best Value Schools rankings. Currently, the institution accommodates around 1,500 undergraduate students with a 51 percent enrollment acceptance rate. 43 percent of this undergraduate student population are male students and 57 percent are female students. Correspondingly, Whitman College’s student to faculty ratio is an astounding 8:1. In sports, Whitman College fields its men’s and women’s athletics sports teams in the Northwest Conference of the National Collegiate Athletic Association (NCAA) Division III. They are the Blues and their identity colors are navy blue and maize.

Laura Williamson is the head coach of the Whitman College Blues women’s soccer team. She is now entering her fourth season at the reins of the college’s women’s soccer program. Coach Laura Williamson is a bachelor’s degree in English and a minor in education graduate from Colby College. She is also a master’s degree in Exercise and Sport Studies graduate from Smith College. Additionally, Coach Laura Williamson is the former Vasser College head coach. She is also a former member of the Stevens Institute of Technology coaching staff that won the 2011 Empire 8 Conference Coaching Staff of the Year award. Coach Laura Williamson is a United States Soccer Federation (USSF) “B” coaching license holder. She is also a National Soccer Coaches Association of America (NSCAA) Advanced National Diploma holder. Then, the Whitman College Blues women’s soccer assistant coach is Lynsey Winkler. Coach Lynsey Winkler is now entering her second season with the coaching staff. She is a Spring Hill College graduate with a degree in business administration. Coach Winkler is also a USSF “D” Coaching License holder and an NSCAA Goalkeeping Level 1 certification holder.