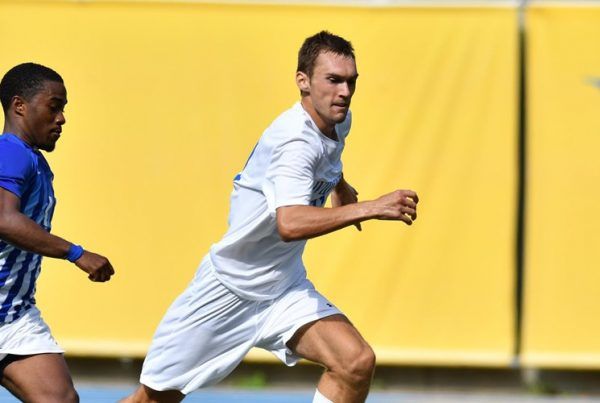 The Widener University Pride Men’s Soccer Elite One Day Clinic will provide the participants a feel on how it is to train and play in the college level. It is ideal for college soccer prospective male athletes who are looking for a venue to showcase and improve their skills. This program is going to take place at the state of the art Quick Stadium which is on the Widener University campus. In addition, this soccer clinic is set to run from 9 o’clock in the morning until 2 o’clock in the afternoon on the 24th of June. The camp registration fee is $50 per player. Moreover, this training program is under the supervision of the Widener University Pride men’s soccer coaching staff.

Widener University, originally the Bullock School for Boys, is a private, coeducational university in  Chester, Pennsylvania. It also has three other campuses which are in Harrisburg and Exton, both in Pennsylvania and in  Wilmington, Delaware. The university’s president is Julie E. Wollman. Currently, the university is serving around 3,200 undergraduate students. 44 percent of this undergraduate student population are male students and 56 percent are female students. This undergraduate student population is also through a selective enrollment acceptance rate of 70 percent. Correspondingly, Widener University’s student to faculty ratio is 13:1. The university is also serving around 3,300 postgraduate students. Widener University is among the nation’s leading colleges and universities. As a matter of fact, it is 192nd in the National Universities category of the 2018 US News and World Reports Best Colleges rankings. It is also 381st in the Business Programs rankings and 248th in the High School Counselor Rankings. In the sporting world, Widener University fields 20 intercollegiate men’s and women’s teams. These teams are competing in the Middle Atlantic Conferences (MAC) of the National Collegiate Athletic Association (NCAA) Division III. Their nickname is Pride and their official colors are blue and gold.

Leading the Widener University Pride men’s soccer team is Head Coach Brent Jacquette, a native of Wallingford, Pennsylvania. Coach Brent Jacquette is a bachelor’s degree in telecommunications graduate from Pennsylvania State University. He completed his master’s degree in public administration at Widener University. Coach Brent Jacquette is now in his 10th season at the helm of the Pride’s men’s soccer program. Additionally, Coach Brent Jacquette led the Pride to a Middle Atlantic Conference Commonwealth Tournament appearance in the 2015 season. Moreover, Coach Jacquette is the founder of the Chester Upland Soccer for Success. He is a United States Soccer Federation (USSF) “A” coaching license holder. He is also a National Soccer Coaches Association of America (NSCAA) Premier Diploma holder. Then, the Widener University Pride men’s soccer assistant coaches are Isaac Pitkow, Anthony Tarsatana, Karl Reddick, Glenroy Chapman, and Jonathan Rouse. Coach Isaac Pitkow is a bachelor’s degree in biochemistry and molecular biology graduate from Dickinson College. At the same time, he is working as a part-time lab Research Assistant. Coach Isaac Pitkow is now in his second season with the coaching staff. Similarly, Coach Anthony Tarsatana is also in his second season with the Pride coaching staff. He is a bachelor’s degree in health and physical education graduate from Rowan University. Coach Tarsatana is also a master’s degree in school leadership graduate from Wilmington University.

Service Type
ID Camp for Soccer
Provider Name
Widener University,
Area
Chester, PA
Description
The Widener University Pride Men's Soccer Elite One Day Clinic is inviting all high school boys who are aspiring to play soccer at the college level. This soccer clinic is set to start at 9:00 AM and end at 2:00 PM on the 24th of June. It is going to take place at the leading-edge Quick Stadium which is on the Widener University campus in Chester, Pennsylvania.