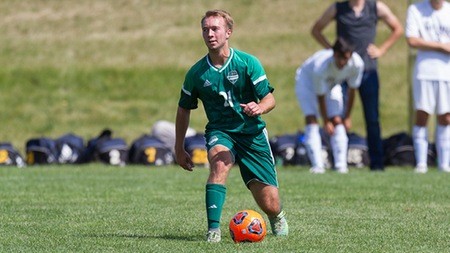 The Wisconsin Lutheran College Warriors Men’s Soccer High School ID Camp is especially for players who are interested to experience a collegiate level training environment. It also provides the participants an opportunity to work and train with the Warriors men’s soccer coaching staff and current players. In addition, this soccer identification camp is open to all boys in grade 9 up to grade 12. College freshmen are also eligible to join the program. This is both a residential and commuter camp that will from the 28th of July until the 30th of July. The registration fee is $250 for residential campers and $200 for commuter campers. This registration fee includes meals, lodging, and a camp t-shirt.

Leading the Wisconsin Lutheran College Warriors men’s soccer team is Head Coach Joe Luedke from Wauwatosa, Wisconsin. Coach Joe Luedke is now in his 18th season at the helm of the Warriors men’s soccer program. He is a bachelor’s degree in history graduate from the University of Wisconsin-Milwaukee. Ultimately, Coach Joe Luedke is the recipient of the 2007 NACC Coach of the Year award. Coach Luedke is also a former high school and college soccer standout player. As a matter of fact, he is the 2001 Daniel Nitschke Male Athlete of the Year awardee. Currently, he is also working as the Elmbrook United’s director of coaching. Then, the Wisconsin Lutheran College Warriors men’s soccer associate head coach is Logan Fye. Coach Fye is now in his third season with the coaching staff. He is a bachelor’s degree in business administration graduate from the University of Wisconsin-Whitewater. Meanwhile, Coach Logan Fye completed his master’s degree in leadership and innovation at Wisconsin Lutheran College. Coach Fye is also a United States Soccer Federation (USSF) “B” coaching license holder. Finally, the Warriors men’s soccer assistant coaches are Danny Jarosz and Jonathan Stewart. Both assistant coaches are in their first season with the Warriors coaching staff.

Service Type
ID Camp for Soccer
Provider Name
Wisconsin Lutheran College,
Area
Milwaukee, WI
Description
The Wisconsin Lutheran College Warriors Men's Soccer High School ID Camp is for high school boys in grade 9 to grade 12 who are aspiring to play soccer at the college level. College freshmen are also eligible to join. This soccer identification camp is a three-day event that will run from July 28 until July 30. It will accommodate both residential and commuter campers.